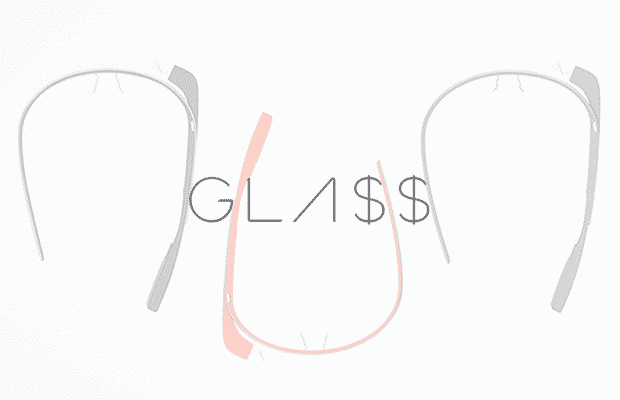 How Much Are People Willing To Pay For Google Glass?

Just a little while ago I went to Berlin to attend Germany’s top technology & startup conference – NEXT Berlin. There I had the pleasure to meet many interesting people, including Berlin’s finest entrepreneurs, visionaries and influencers in the marketing & technology sectors.

Along with Marina Gorbis, Harper Reed and Bruce Sterling, I had a very interesting encounter with technical evangelist and blogger Robert Scoble. He is (as far as I know) the first person to bring Google Glass to Germany! It was the first time I had the opportunity to try Google Glass(es) myself when I met Robert right after his brilliant and enlightening keynote presentation about “the Era of Context”.

I must say that the experience of Google Glass comes very close to the promo-video Google has released a while ago. As a technology enthusiast, I was very excited about Google Glass and the fact that I was one of the first people in Germany to try them on.

At this point I have realized that I will buy them as soon as they get on the market. My “geeky” subconscious was just begging for it.

But then I caught myself on a thought that many “wannabe-Glassholes” likely had as well : “How much will they cost?”. Will Google Glass be priced at the current level of $1500 or will the price go down? So I asked Robert Scoble… It was a relief to hear Robert’s answer:

Google Glass doesn’t have very expensive technology inside. In fact, it contains 3 times less tech than a regular smartphone. Currently, the most expensive part is the “screen”: the projector and prism cost around $300 each. But once Google will start mass-production the price will drop for sure.

According to Robert Scoble, Google Glass will be priced around $300-$500 when launched. Let’s hope that he is right.

But how much are people actually willing to pay for this brand new piece of wearable technology? Out of pure curiosity we have created a short online survey asking people from all over the world how much they would pay for Google Glass. The survey has received almost 3,500 responses within 3 days. And here are the results: 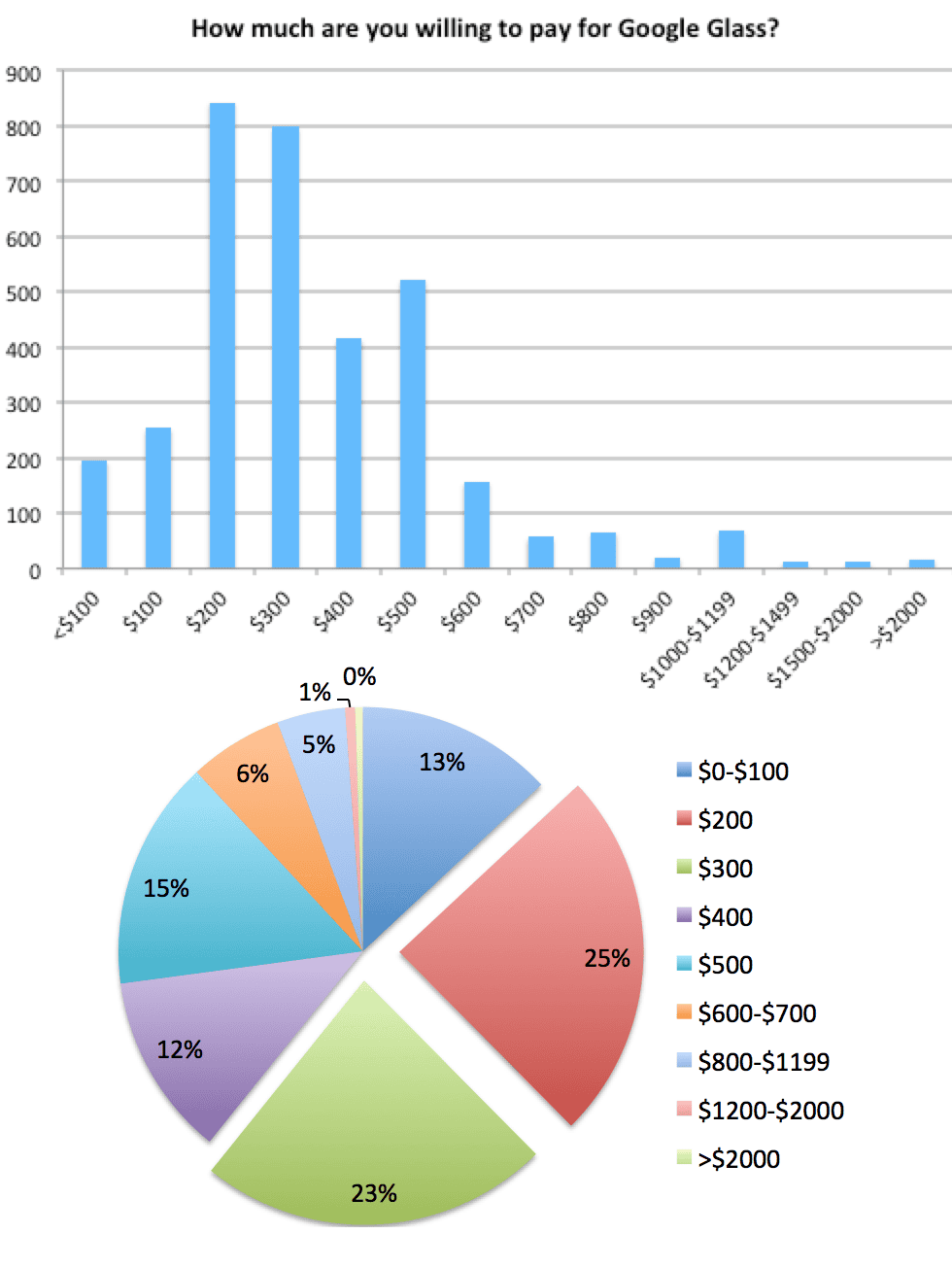 Feel free to embed the results of the survey on your own blog or website using the code below:

I must say that I am surprised by these results. My expectation was that the majority of people would be ready to pay at least $500 for a pair of Glass(es).

Google Glass Developer Terms confirm that there will be no advertising on Google Glass. This is a pretty big step for Google… So, now what? How will Google make money from Glass?

When it comes to the pricing I see three possible scenarios:

Google will try to make profit from Glass itself – selling it at a higher price than it costs to produce Glass.

Like with Nexus devices, Google will sell Glass at-cost, pushing people into using Google services. As of now you are required to connect Glass with an Anroid phone to make it work. So, depending on whether Glass will be compatible with the iPhone or not – Google would also push Android and Play Store sales.

I can also imagine Google having a more aggressive sales strategy – selling Glass at a loss, aiming to push Android and Play Store sales. In this scenario Google won’t be adding iPhone support to Glass, making it an additional USP for Android devices.

What do you think Google will do? What scenario is most likely to happen? Please share your thoughts in the comments!

Most Shared Viral Video Ads Of The Month – April 2013

7 thoughts on “How Much Are People Willing To Pay For Google Glass?”

The survey implied that people were willing to buy them. People who are not interested in buying Google Glass were not participating.

I’ll pay $400 bucks for these but the first thing imma do is root them so I can have all the video and audio their recording go to my storage devices instead of the cloud.

It is confirmed that Google Glass is “rootable”. So I see no reason not to do it 🙂

That device is awesome! Google really knows how to steal my money. They already got me sold on the nexus smartphone, and now I need to get these after a couple paycheques.

Well… Google makes amazing software and amazing devices! What else can I say…