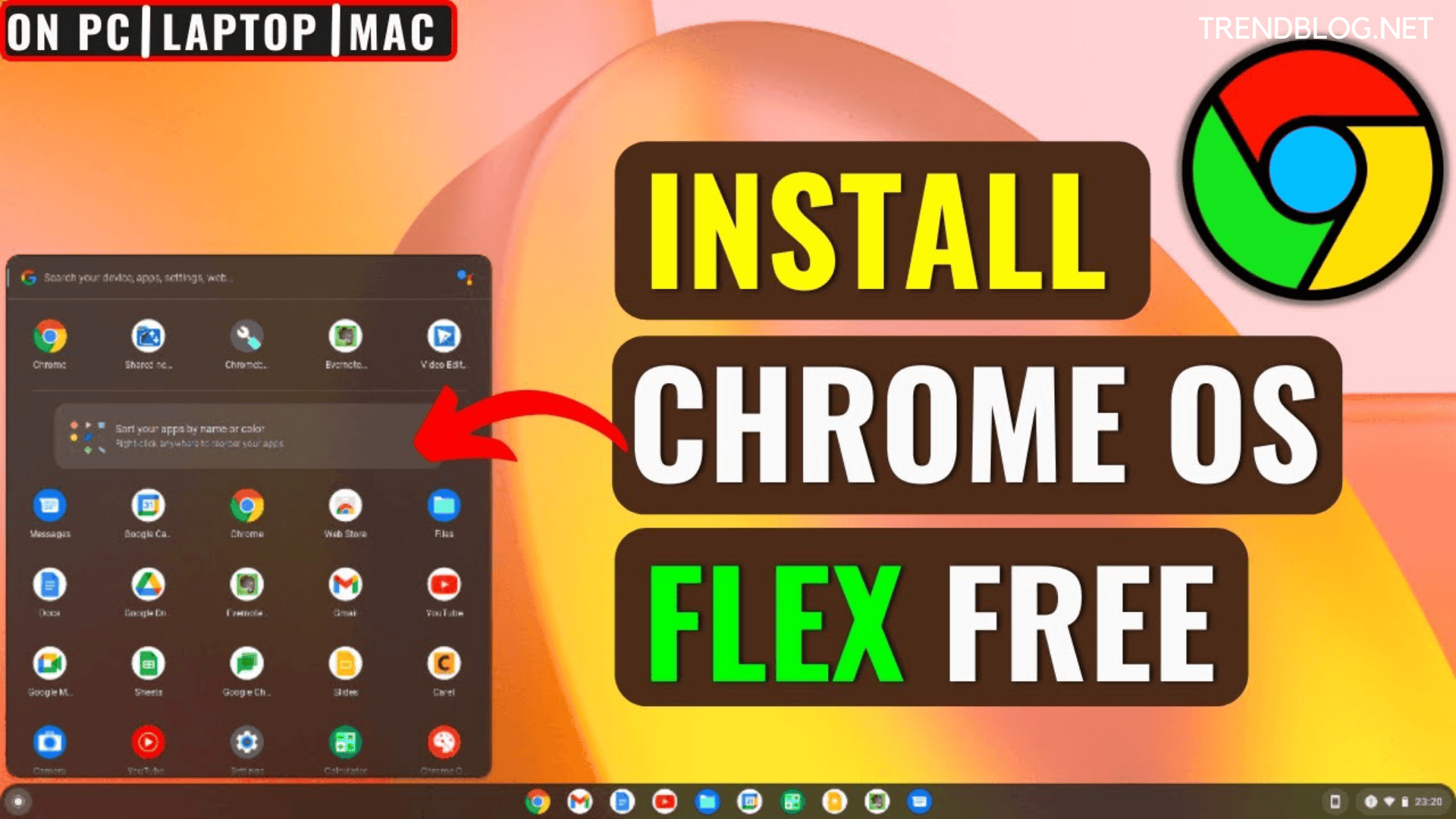 Chrome OS Flex was built by Google to give ageing Windows PCs and MacBooks a fresh lease of life. We’ve already written a comprehensive guide on how to install Chrome OS with Play Store compatibility on a PC, but it’s built on Project Brunch, and the setup is a pain. Chrome OS Flex stands out for its easy installation and longer maintenance window, thanks to Google’s direct support for third-party devices.

Chromebooks were originally introduced in July 2011 by Samsung and Acer. Pre-installed software on the Chromebook include a music player and a file organiser. It also comes with the ability to share a desktop with other Chromebooks. Because Google owns Android, it will be accessible for Chrome OS in 2014-2016. New Chromebooks now have the ability to run Android applications directly from the operating system.

How to Install Chrome OS Flex

Chromebooks are little computers that are meant for those who spend the majority of their time online. They use the Chrome OS operating system, which is comparable to Windows or macOS but is built on top of a Linux base.

Before you consider downloading Chrome OS Flex, make sure you have a system that meets the following requirements:

Google purchased Neverware, a New York-based company that makes CloudReady, two years ago. It enabled users to breathe new life into old computers by installing Chrome OS on them. The Chromium OS open-source platform serves as the foundation for CloudReady. Linux compatibility was recently added as well.

A wide range of connectors, including HDMI, USB 3.0, a mic/audio line, and an SD card slot, make it simple to connect to other devices on the chrome os on fex 11. It also has a USB Type C connector for charging your laptop or peripherals, as well as video and data I/O.

The functionality has been transferred to the most recent Stable Channel. chrome os version 67 stable flex 11, which received a Stable Channel upgrade last week, has a lot of new features. You should have received it by now, however it may take a few days for everyone to receive it.

Q: How do I manually install Chrome OS?

Ans: You’ll need a PC with at least 1 GB of RAM, 8 GB of local storage, and WiFi or Ethernet capabilities, according to Neverware. However, certain PCs are incompatible with the switch to Chrome OS.

Q: How do I put Chrome OS on a USB?
Ans: 1. Install Chromebook Recovery Utility as the first step. Launch the Chrome browser on your Chrome OS, Windows, or Mac device.

Q: Can I install Chrome OS on SD card?

Ans: Procedure for installing Download and extract a Chrome OS recovery image (suggested by rammus). Using the cd command, open a terminal window and go to the package’s directory. Restart your computer and boot from the USB flash drive / SD card (see the internet resources provided by your computer maker).

Chrome OS is a free and open-source operating system. Chrome OS’s source code is accessible on GitHub. Anyone may look at the code and update it if they like. When compared to other operating systems, Windows and Mac OS are both expensive and paid software. Chrome OS boots up in less than 8 seconds. In Chrome OS, all programmes and webpages load quickly. Chrome OS has a high level of security. You will not be infected with a virus or malware since Chrome will alert you before allowing you to access any app or website that has a virus. Because to safe-browsing, encryption, and validated boot, you have a low probability of becoming infected with a virus if you visit a virus-infested website.