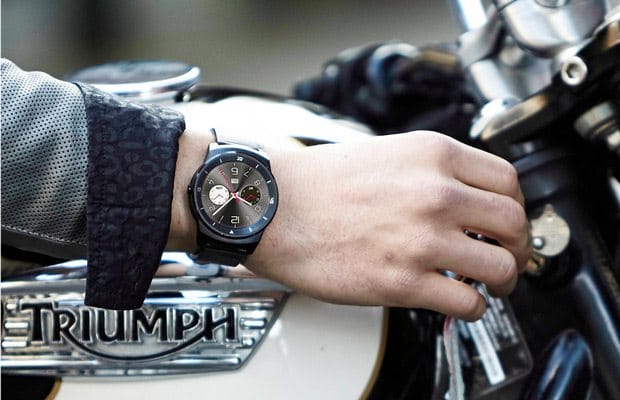 Although the unveiling of LG’s newest smartwatch is not until the end of next week, we basically know most details about it already. No surprise here. LG teased the watch in a video and image on Facebook and released two press releases which included the watch’s specs as well as its price of 299€ (German market), which is approximately $393. There seems to be an updated version of the German press release which doesn’t mention the price anymore, but here’s a translated version of the missing part:

The LG G Watch R will be available in Germany from October at a retail price of 299€. At the IFA in Berlin the G Watch R can be admired at the LG booth in Hall 11.2 from the 5th until 10th of September.

The G Watch R is LG’s answer to the hyped Moto 360 smartwatch which is supposed to be released on September 4. The reason for the 360’s popularity until now has been its round watch face and appealing design. Since it won’t be the only round smartwatch on the market, the question is if the new round G Watch is the better choice.

Looking at the LG G Watch R, there are no real surprises as it has almost the same specs as the G Watch, its older brother. The only difference worth mentioning is obviously the screen which, unlike the Moto 360, uses the whole circle as a screen. The 360’s small bezel at the bottom is needed to store the screen’s components. Besides that, the G Watch R comes with a slightly smaller screen with 1.3 inch (320×320 resolution) compared to the 360’s 1.5 inch (320×180). 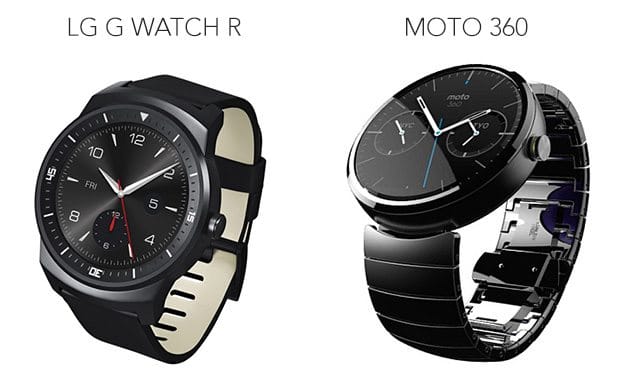 The G Watch R also comes with a much higher price tag than the Moto 360. Although the German price of 299€ converts to almost $393, past experience suggests a much lower price between $300 to $350 for LG’s smartwatch. Such a price would still be at least $50 more than the 360’s rumored price of $249. Such a price difference probably seals the deal for a lot of people who want to get their hands on a round smartwatch (including me). I don’t really see a reason to pay $50+ more to get a smartwatch that’s not superior to the Moto 360. Also, in my opinion, the rather generic look of the G Watch R doesn’t beat the 360’s minimalist design.

I think that most people who had their eyes on the Moto 360 won’t consider going for the G Watch R instead. The higher price tag and less impressive design doesn’t exactly let people scream “shut up and take my money!!!”. However, many decisions can be changed once you actually have a watch in your hands and try it on. If you’re around, go check it out at this year’s IFA in Berlin. See you there!