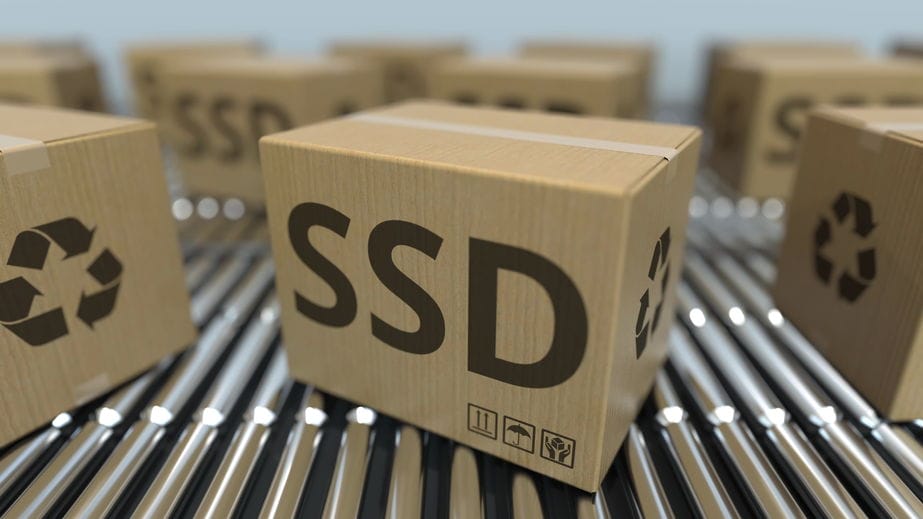 Home
Guides
How to move Windows to an SSD

Whether you use your PC for professional purposes or entertainment (or a little bit of both), it is in your best interest to make sure that everything runs as smooth and quick as possible. One of the main ways to speed up your device in recent times is adding a solid state drive to it – after all, a hard disk is the single last computer component that still holds on to a mechanical part, owing to the past era of electro-mechanical computing. As such, while hard disks are certainly more affordable (offering a better byte-to-dollar ratio), solid state drives are certainly the best choice if performance is a concern – as they are fully electronic devices using NAND flash technology for storing and accessing data.  But, if you’re here, chances are that you already know that SSDs are more efficient and you recently treated yourself to one (you won’t regret it!). Now you might be wondering how to move your Windows installation over to your SSD.

The process might seem daunting at first, but don’t worry – we’ll go through the steps together.

Note: The process will also work if you wish to migrate your Windows installation from one SSD to another. However, it is very important for you to know that this process will only work if the space used on the hard disk drive (or SSD) you’re migrating your Windows installation from is less than the size of your new SSD. The total size of the original HDD / SSD can be bigger than your new SSD, as long as the new SSD has enough space to fit all the data you’ll be moving over.

Before we begin the process, you’ll want to download software that allows you to clone your disk over to your new SSD – this will allow you to move your Windows installation over to it without losing any of your precious data. The software we’ll be using in this guide is EaseUS Todo Backup – a free piece of software that will allow us to do just that.

(For the purpose of cloning your disk over, you’ll want to download the free trial of the Home User version)

Once you install the free trial of the Home User version of EaseUS Todo Backup, you’ll want to select the “Later” option in the “Activate now” window in order to proceed with using the program.

Bonus tip: If you’re moving your Windows installation to an SSD from a hard disk drive, it would be beneficial to defragment the hard disk before proceeding with data migration. Not only will this save you some space as the defragmentation process will clean some of the unnecessary data, it’ll also make the data migration process quicker as it will speed up the time your hard disk needs to access data by grouping said data closer in its sectors.

If you’ve successfully followed the steps above, you can pat yourself on the back – you’ve managed to move your Windows installation to your SSD without losing any data!

A couple of quick things to note as well – you don’t need to create multiple partitions on your SSD; as it works using memory cells rather than sectors and cylinders, partitioning it won’t result in better performance. Also, you can use your old HDD to store large data, as you’ll probably have more space on it than your new SSD.

You can also store data you don’t frequently access (read/write) on the HDD, as the difference in read/write speeds between it and the SSD won’t come into play as often.