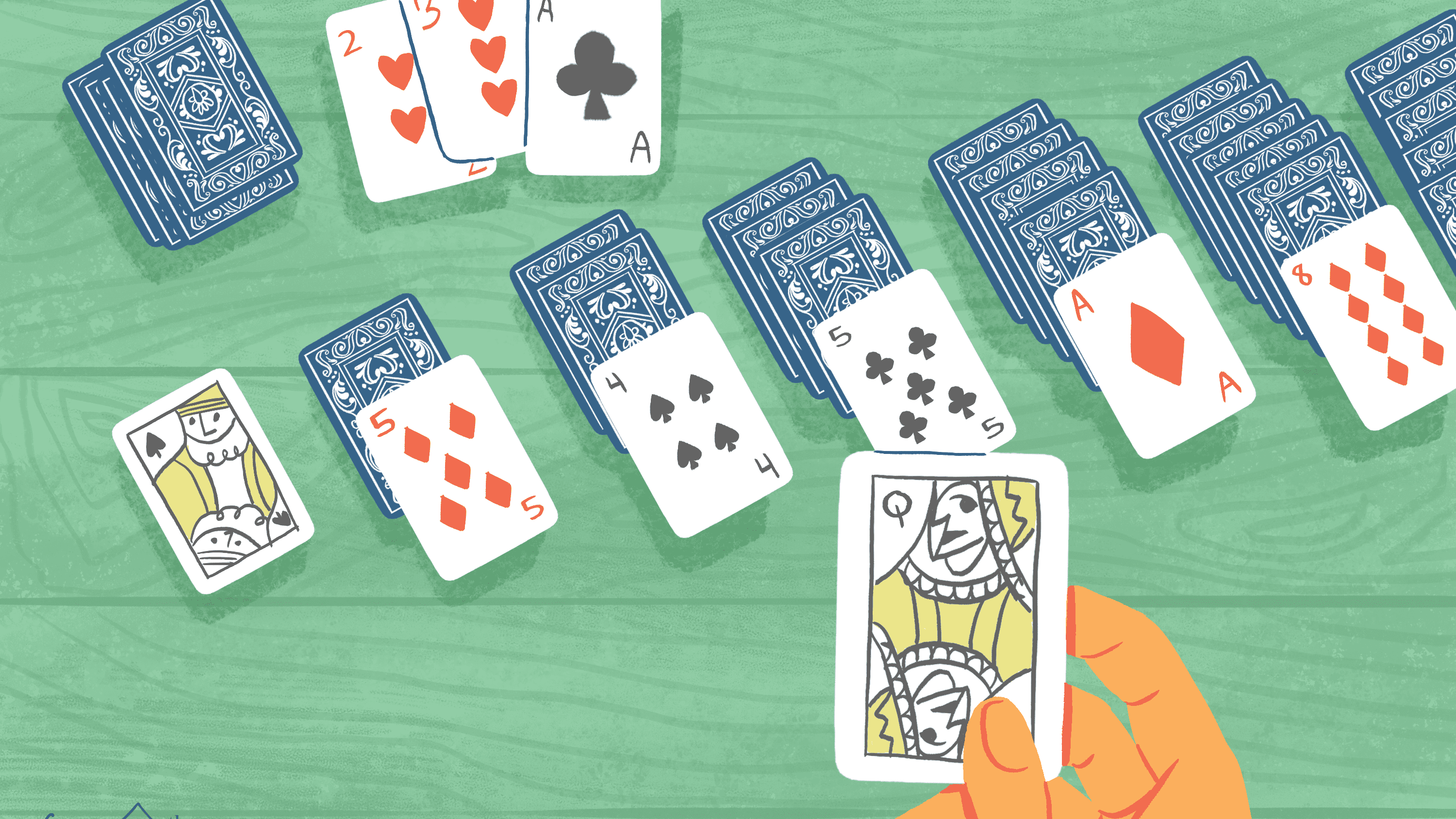 Top 3 Solitaire Variations To Try On Your Phone

Are you fed up with playing the same fighting games that make you feel like you are living on a battlefield? Do you want to change your gaming mood and play some brain-boggling games? Are you looking for some classic games that give a touch of modernism with traditional feels? Then you are in the right place! This blog will talk about one of the most iconic games of all time, which 1 million people still play even after three decades. Yes, we are talking about Solitaire!

Solitaire is one of the best card games with various variations. It’s simple yet challenging gameplay makes it an amazing brain game that kills your boredom and increases cognitive abilities. Microsoft introduced Microsoft Solitaire in 1990 as a technique to teach drag and drop to computer users. However, it soon became more than that; the favorite time pass activity of people who loved resting and keeping their brains active.

Well, don’t worry if you have missed that classic period because Microsoft Solitaire might have taken a new form, but it is not dead. It still has a huge fan following, and you can play it anytime and anywhere because it has come out of the closed walls of a PC and enclosed in our palms in the form of online and app versions. Various online websites with apps have made playing Solitaire with exciting features a lot easier.

Here are three classic solitaire games introduced with Windows 3.0. that you can play on your phone too:

The Spider Solitaire game originated in 1949, but it became popular after being introduced with Microsoft Solitaire. Also called Relaxed Spider and Will o’ the Wisp, this game is in a league of its own. It is played by double-deck by only including cards with a Spade. Its name comes from the eight legs of a spider, referring to the eight foundations in the top right corners that the player should fill to win the game.

The piles are arranged in 10 columns. The first six columns on the right-hand side contain five cards, with the initial four cards face down, and the first card face up. The last columns have six cards with five face-down cards and the last one face-up. Once you start stacking cards in descending order, the face-down cards automatically start opening. It is an interesting game, and most sites offer unlimited undo and redo options, making winning the game easier. However, try hard game modes and test your gaming skills if you want to challenge yourself.

FreeCell Solitaire is another classic from the Microsoft Solitaire era, which many lovers still play. It’s considered the best card game for beginners because it has a bit different gameplay than other solitaire games, but it is still easy to follow. It is a single-deck game with all the cards flipped up from the start. The right-hand side contains four empty cells, called foundations, which a player must fill to win the game. Whereas the left-hand side includes four free cells to help move the cards. That’s where its name originates: FreeCell.

The gameplay is simple: the player has to fill out the right-hand cells by moving cards and making a pile of each color. FreeCell is a game where every game is solvable. So, you don’t need to use many brain cells to win this game. Save them for the difficult variations. Just a few brain cells can also help you win this game.

Even if Pyramid Solitaire would have been a part of the old Microsoft Solitaire version, it’s interesting gameplay makes it so unique from other solitaire games that it seems so classy. Here the rules are totally different: you don’t have to build a pile of cards in a certain way; you have to destroy the pyramid of cards.

The game’s name comes from the structure of cards in the game. Instead of rows and columns, cards are arranged in the form of Pyramids of seven rows. The last row contains seven cards; each row has one card less than the previous row, so the topmost row is left with only one card. The rest of the cards are left with a face-down deck of cards.

The game’s objective is to move a pair of cards that adds up to make 13. So, K can be solely removed from the discard pile since it has the exact value of 13. It doesn’t need any help. You win a game when the pyramid has zero cards since that’s what the idea is all about. It is an interesting game and will keep you hooked for a long time.

The blog concludes with a note that Solitaire is a kind of card game whose different variations make it more interesting and fun to play. It is so popular because it has something to excite people of all age groups and gender. So, no matter how many decades pass, it is not going anytime soon, and with so many apps and websites, it seems people also don’t want it to go anywhere. Moreover, its various health benefits further enhance its popularity. For example, it is the best option to boost your mood and sharpen your cognitive abilities. So, if you want to lift your mood and don’t know what to do, this game will help you. Try the above-mentioned variations, and you will find them worth your time!

A Quick Guide To IP Whitelisting in 2022