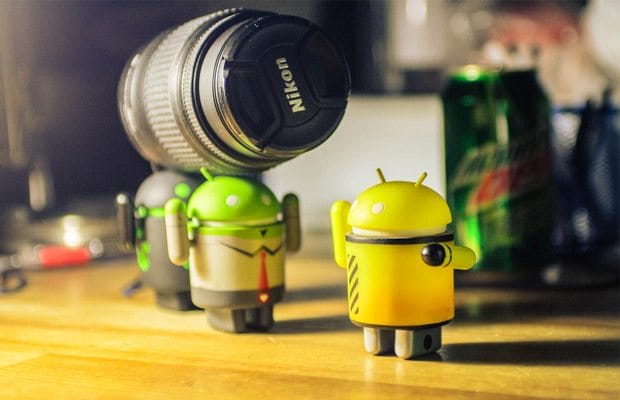 Whether whipping out your phone at dinner to share selfies, lurking in the dark to surprise your drinking buddy, or capturing heart-stopping panoramic views after free-climbing your city’s tallest skyscraper, the increasing power of smartphone cameras and the rapid growth of the Android apps market means you can immortalize every moment of your life in better quality than ever before.

Can they make expensive, professional cameras obsolete? Not quite, but their possibilities are growing all the time. Let’s get deeper into these possibilities by diving straight into the list of best free camera apps for Android:

If all you’ve been using to take your photos is the default camera software on your smartphone, the Camera51 app is a great entry into smartphone photography. It doesn’t come with too many options and its biggest benefit is how it helps you, and at the same time teach you, how to take awesome photos. Simply open Camera51, let it analyse the scene you want to capture and it’ll show you where to point for the best shot possible. When starting out with Camera51, you will most likely be dependent on the handy tips within the app, and the more you indulge your inner photographer, the quicker you’ll master the basics of mobile photography. To give you an example, the app will teach you about the rule of thirds until it becomes second nature. Then after nailing this fundamental skill, you can shift your focus and improve your other photography skills.

As one of the most popular Android camera apps (they claim to have over 200 million users worldwide), Camera clearly shows where the trend in mobile photography is going and who their target audience is – the not so subtle, narcissistic bunch using their smartphones to take photos of themselves and their friends à la Ellen DeGeneres. And there’s nothing wrong with that since taking face shots is where this app truly shines, although it also has a range of filters and features typical for a standard camera app. This separate list of effects, features, and filters can take your smile to places you never saw in the mirror and get the best out of even the most ugly of faces. On the downside and unlike most of the apps on this list, it’s not totally free and comes with a few in-app purchases.

Camera360 Funny Stickers – The power is in the numbers

This app is the revamped, cutesy version of Camera360 Ultimate but we reckon it’s still one of the most advanced free camera apps on Google Play Store. It comes with over 200 different options and effects, including more than a hundred filters. The variety of choices gives you immense control over the look of your final photo. Plus, you get access to other extra features like 3D facials, smart scene recognition, real-time blur, as well as those not seen anywhere else such as the HDR storm effect and mood capturing; perfect if you’re the owner of Grumpy Cat version 2.0. Of course, it gives you all the most basic options too, but Camera360 Funny Stickers is best for a more advanced user base; beginners will get lost in the vast ocean of options.

Google Camera – The official camera app of the e-totalitarians

This free camera app gives you a lot of high-quality options; both standard photo-adjusting ones to a few of the more advanced set. The most popular built-in options include Photosphere (for taking 360 degree panoramic images), HDR+ (great for low-light scenery snaps), Lens Blur Mode (an awesome selfie tool), and the ability to shoot photos and videos at the same time. The problem with Google Camera is that some of its effects are dependent on the phone that you use it on – and this adverse effect is stronger for Google Camera than for most other apps. The app is perfect either for beginners or those who are looking for a user-friendly camera app with a super intuitive interface and slightly improve the quality of their pictures. Other than that, there are better options available for the Android; even Google can’t dominate every market.

Developed by Line, it’s one of the most feature-packed camera apps on Google Play. Though some say it’s best for post-shot editing, with over 100 frames, 30 different filters, 200 brushes and more than 5,000 stamps, there’s really a lot that you can do with your photos – either during camera mode or after you take them. Line Camera is the best choice for those who like to take selfies and share them online instantly. In fact, making cutesy selfie collages is probably the most entertaining thing you’ll do with this app.

The next app on the list, Camera MX, is just what the photography doctor ordered if you need a straightforward, no-frills app (it’s free to download but offers in-app purchases). It’s excellent for those who aren’t looking for top-notch professional quality but appreciate the ease of use and like to share the pictures they take without having to edit them first. Compared to the top Android apps, it may be lacking in terms of quality of some of its features but it still stays well above average and comes with a few interesting solutions. The first is called Shoot-the-Past mode, in which you can rewind through the earlier frames before a shot to check if you can take a better quality image; perfect for securing blur-free evidence of your best friend’s escapades at last night’s party. This option is draining on resources, so you have to activate it in the settings manually.

A Better Camera – It really will make your pictures better

A Better Camera gives you a lot of features when it comes to taking a photo, and it guarantees a better picture; hence the name. It offers 11 different shooting modes, including HDR, Night, HD Panorama, and DRO Mode (great under any light conditions) as well as metering, autofocus, and sense modes. The many features are actually pretty useful and you can really spot the difference, unlike some other feature-packed apps. The only drawback is that there are so many features that it’s sometimes not easy to navigate around all of them. There are two different versions of the app, paid and free, which differ a bit in the number of features available.

Retrica – The classic you can’t miss

Although Retrace could be considered more of an image editing app than an application designed to enhance the actual process of taking a photo, it has recently become extremely popular, especially among those who enjoy sharing their photos online. It has the front camera activated by default and is aimed at those who just want to take a good picture, filter it, mix it with a few other snaps in a collage, and then post it to Instagram or Facebook. In official social network apps, which reduce the image size and thus quality, most of the features are redundant anyway. That’s what makes Retrace perfect for the millions of social souls who just want the photo to look good and share it online.

There are two versions of the Camera ZOOM FX app available: free and paid. Since the free version is quite limited, this review explores the paid version. Not only is Camera ZOOM FX one of the most feature-packed Android camera apps on the market, full of great effects and filters, it also allows you to choose multiple effects to create your own unique filters, which you later apply to your photos. Of course, there are pre-made filters to choose from (bucket loads of them!), and because of the popularity of this app, you can even download additional filters from Google Play. The app isn’t the best choice for beginners because its interface is quite cluttered and the number of features boggles the mind. But, contrary to what the name suggests, it’s not all about the zoom function. Just the gridline feature alone will help you produce high quality, creative-looking photos.

DSLR Camera Pro – A DSLR camera in your smartphone

Like we did at first glance, when you check out the high-quality DSLR Camera Pro app, you’ll find it hard to distinguish between it and actual DSLR camera software. With features such as changing your ISO, light metering, great white-balance, grids, multiple capture modes, and exposure compensation, this app allows you to take excellent photos of any portrait and landscape. It’s important to mention that you won’t benefit from the rich feature-set if your camera hardware isn’t up to scratch. On the other hand, if you have a top end smartphone and you want to turn it into a DSLR camera, DSLR Camera Pro is definitely a smart choice. Of course, it won’t beat an actual DSLR Camera but for the price of an app, it’s more than worth it.

In the above list, we tried to choose the best camera apps to suit different needs, from beginner holiday snappers to pro shooters, and not forgetting selfie lovers. Which one do you think is the best camera app on Android? Or do you use a hidden gem to take stunning photos with your Android phone? We reckon it’s time you shared it with us in the comments below!