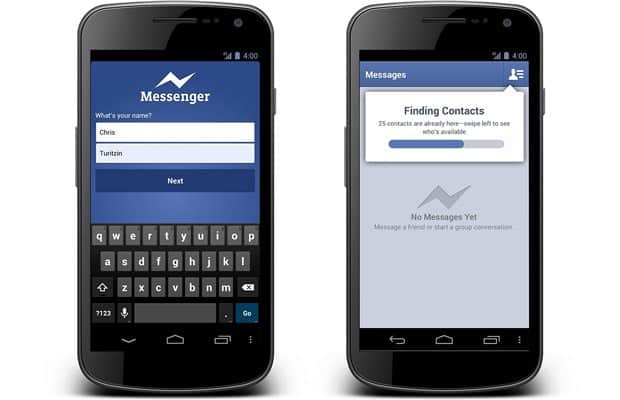 Facebook released a new Android and iOS update for its standalone app “Facebook Messenger“. Now, the Messenger has a significant new feature: Voice messages. Users can now send up to one minute long voice messages to their Facebook contacts.

Usually people hate voicemails, but this feature can make it much easier to send longer messages which normally would include a lot of typing effort. In addition, you can send sound bits from live concerts, sport events or many other things, which cannot be communicated in words. Personally, I’ll definitely use this feature if I want to send long messages instead of typing them in for minutes. 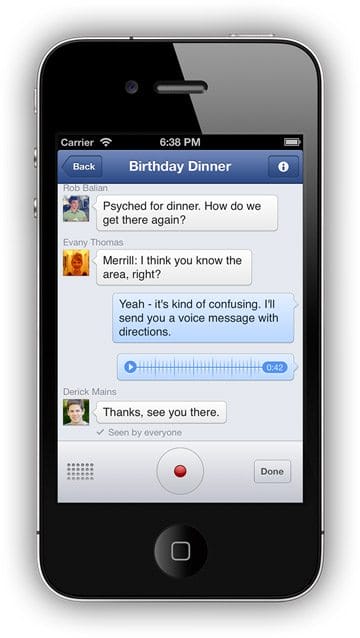 We tested the feature and the voice messages were delivered very quickly and the sound quality was pretty decent.

VoIP being tested in Canada

Facebook is testing a VoIP feature in Canada at the moment within the Facebook Messenger app. If the testing shows that the users in Canada like the function and use it to call their friends, Facebook might release the VoIP feature in the USA and in other countries. Then, Facebook would offer a universal social messaging app, which would connect Facebook friends not only by comments and text messages but also verbally.

What about you? Will you be using the new voice messaging feature to talk to your friends or are you against voice messages? If so, I’d love to hear why.