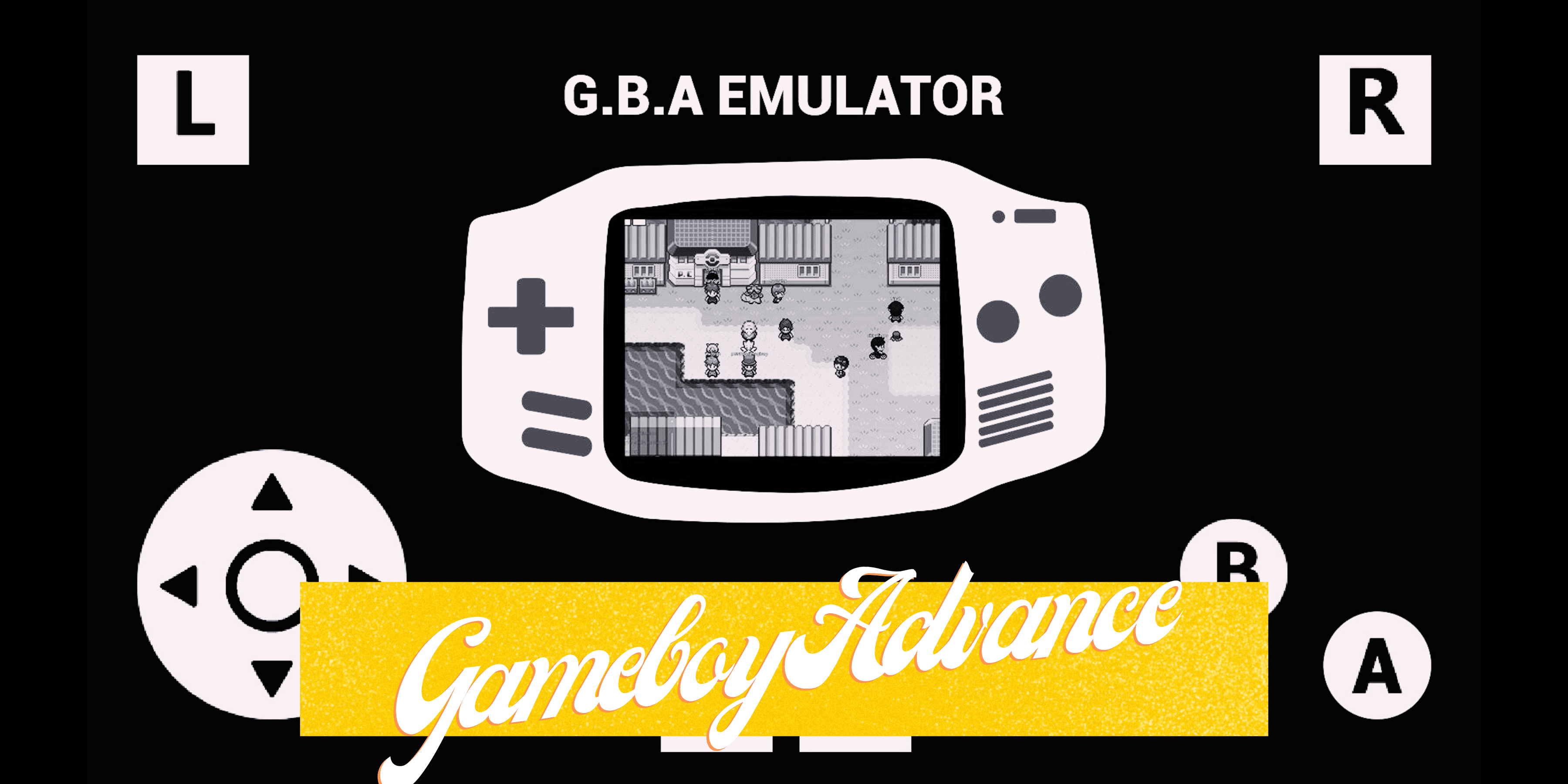 My Boy! is a lightning-fast Gameboy Advance Emulators for Android devices ranging from entry-level smartphones to high-end tablets. In other words, it doesn’t simply simulate the whole system. You may store your progress at any moment and resume where you left off thanks to the save state mechanism. Fast-forwarding in RPGs allows you to bypass tedious intros and conversations that drag on for far too long.

Immediately becoming a smash as quickly as its “father,” the all-time great successor. The fact that the Gameboy Advance runs previous Gameboy games means you can play them on your newer system. The Advance SP is yet another variation of the Advance. Android users may get their hands on the My Boy! emulator by going to the Play Store and downloading it. Games for the Gameboy Advance (GBA) system may be played with Fast Emulator’s My Boy! GBA emulator.

Gameboy Advance Emulators (GBA) was an improved version of Game Boy Colour (GBC) that could play more sophisticated games. In addition, the colour quality and processing power of the portable device were improved. 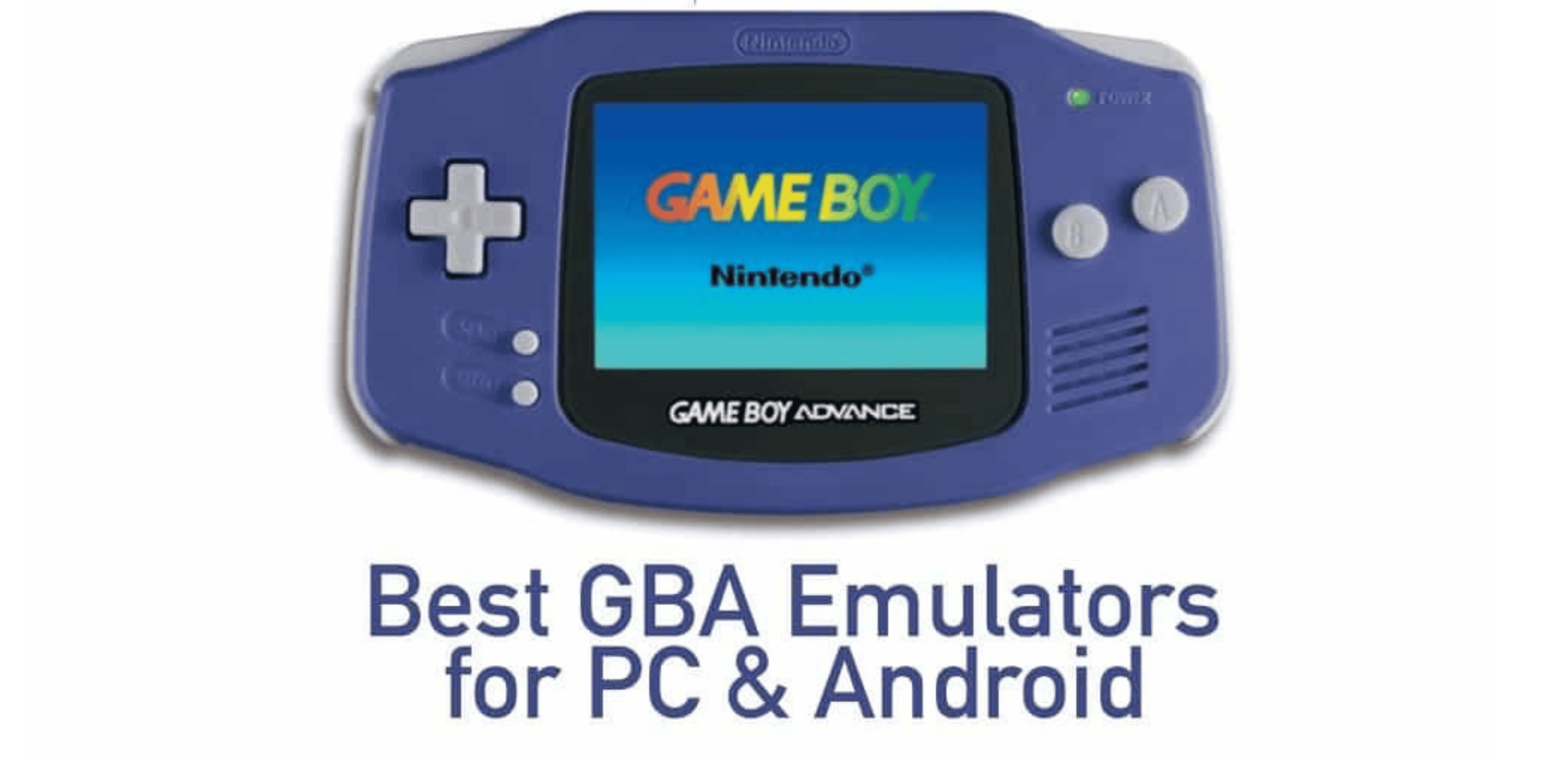 Without stuttering or frame skips, you can easily get 60 FPS on mid-range hardware.

Gamers were able to take their favourite games with them everywhere they went with the Game Boy Advance.

Despite the fact that the Gameboy Advance are no longer in production, many people still enjoy playing the best GBA games. Emulators on computers are the greatest option for people without access to a portable console. You may choose from a wide range of excellent emulators that are freely accessible for download.

My Boy is an excellent emulator since it focuses on speed, emulation accuracy, complete save state support, and gamepad compatibility. Link cable emulation in this Gameboy Advance Emulators enables users to connect their devices through Bluetooth or Wi-Fi and cross-play. 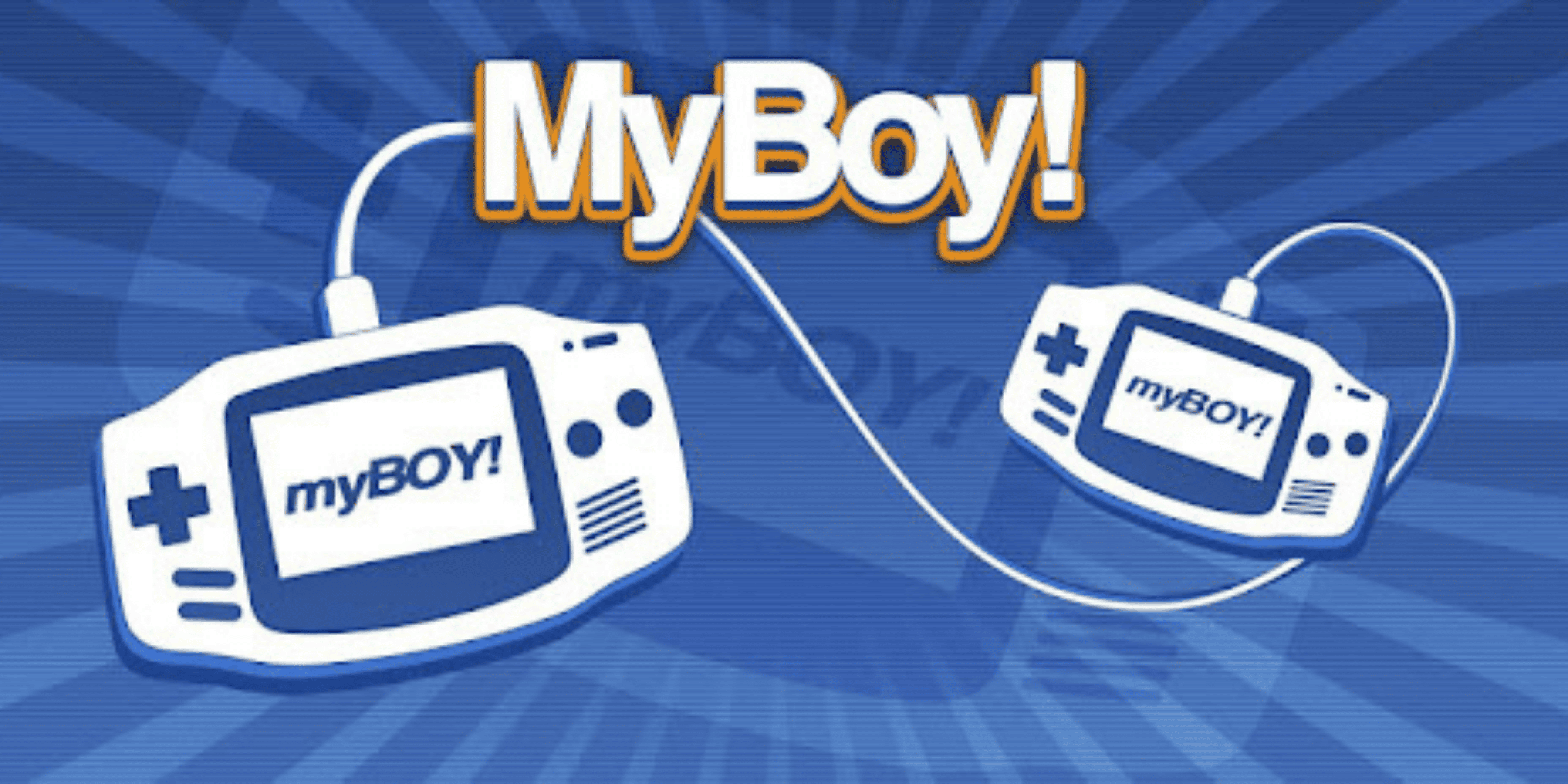 This isn’t to mention that My Boy has a strong screen layout editor and excellent game compatibility in addition to having a very clean and well-designed user interface Even on low-end phones, it’s quick, it uses less battery, and it supports cheat codes and customisations.

Get it on Android

mGBA is the name of the first emulator on the list. Essentially, these emulators expand the game’s functionality beyond what is normally possible. Playing Gameboy Advance Emulators ROMs on PC has several advantages over doing it on the Game Boy Advance handheld system.’ 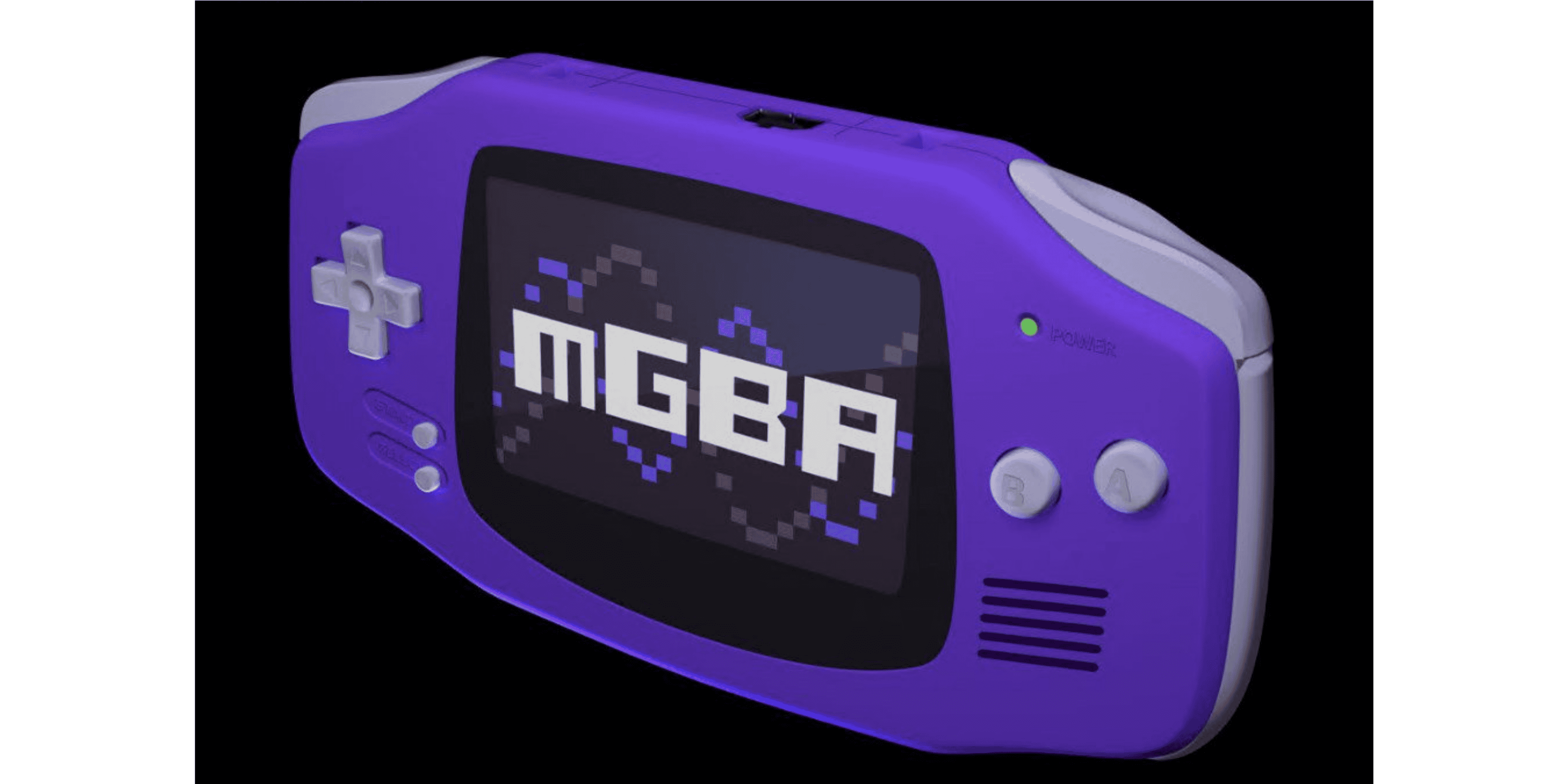 You may save your progress at any time using the extra features. There are several fixes for games that don’t run smoothly, as well as support for cheat codes. The following are a few of mGBA’s standout characteristics.

GBA has the advantage of being simple and intuitive to operate, but this comes at the expense of a dearth of functionality. It’s not a terrible thing, but I feel like there should have been some more sophisticated features included just for the purpose of having more advanced capabilities.

As far as I can tell, VisualBoy Advance is the first Game Boy Advance emulator released. In the absence of a GBA, this was my go-to emulator. There used to be some latency when using older, slower gear, but that has all but disappeared now that almost everything has been optimised for modern hardware.

The VisualBoy Advance has a slew of unique capabilities not seen on other portable gaming consoles. Because of this, gamers no longer have to settle for the same old gaming experience while using this emulator. 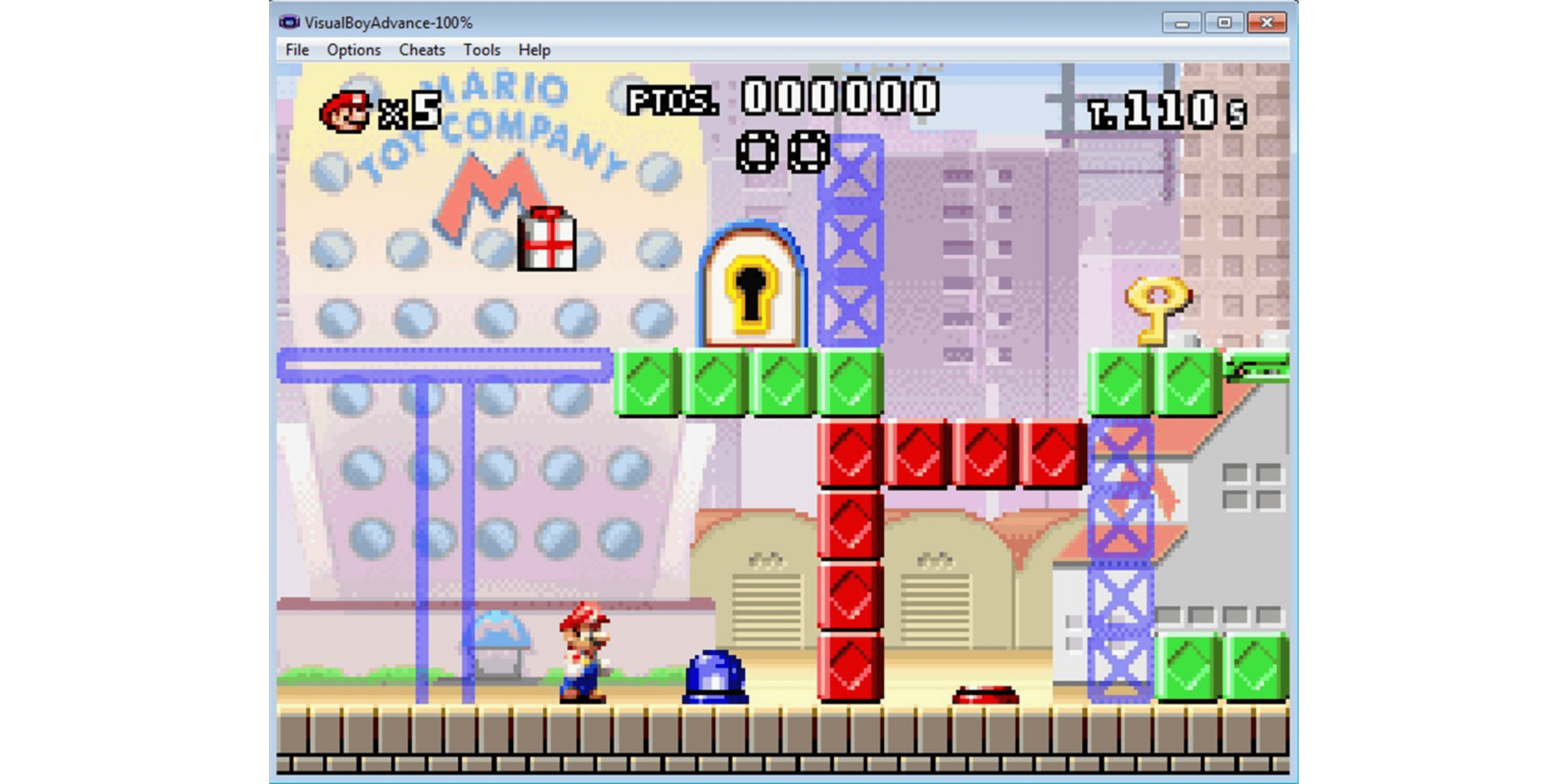 All operating systems, old and new, are supported by the emulator.

To enhance the gaming experience, the VisualBoy Advance has a slew of innovative features.

The VisualBoy Advance may be the finest GBA emulator currently available, to put it another way. All GBA games can be played on a PC using this programme, which is totally free and receives regular updates.

Another excellent Gameboy Advance Emulator for PC is Higan GBA Emulator. As a result of the emulator’s inherent simplicity, it can run on almost any piece of hardware you throw at it.

Because of its simplicity, the emulator may be controlled in any way by the user. Not only does Higan support GBA games, but it also supports emulation of other systems such as the Nintendo Entertainment System (NES), Sega Master System (SMSS), Mega Drive (MD), and even the Game Gear. 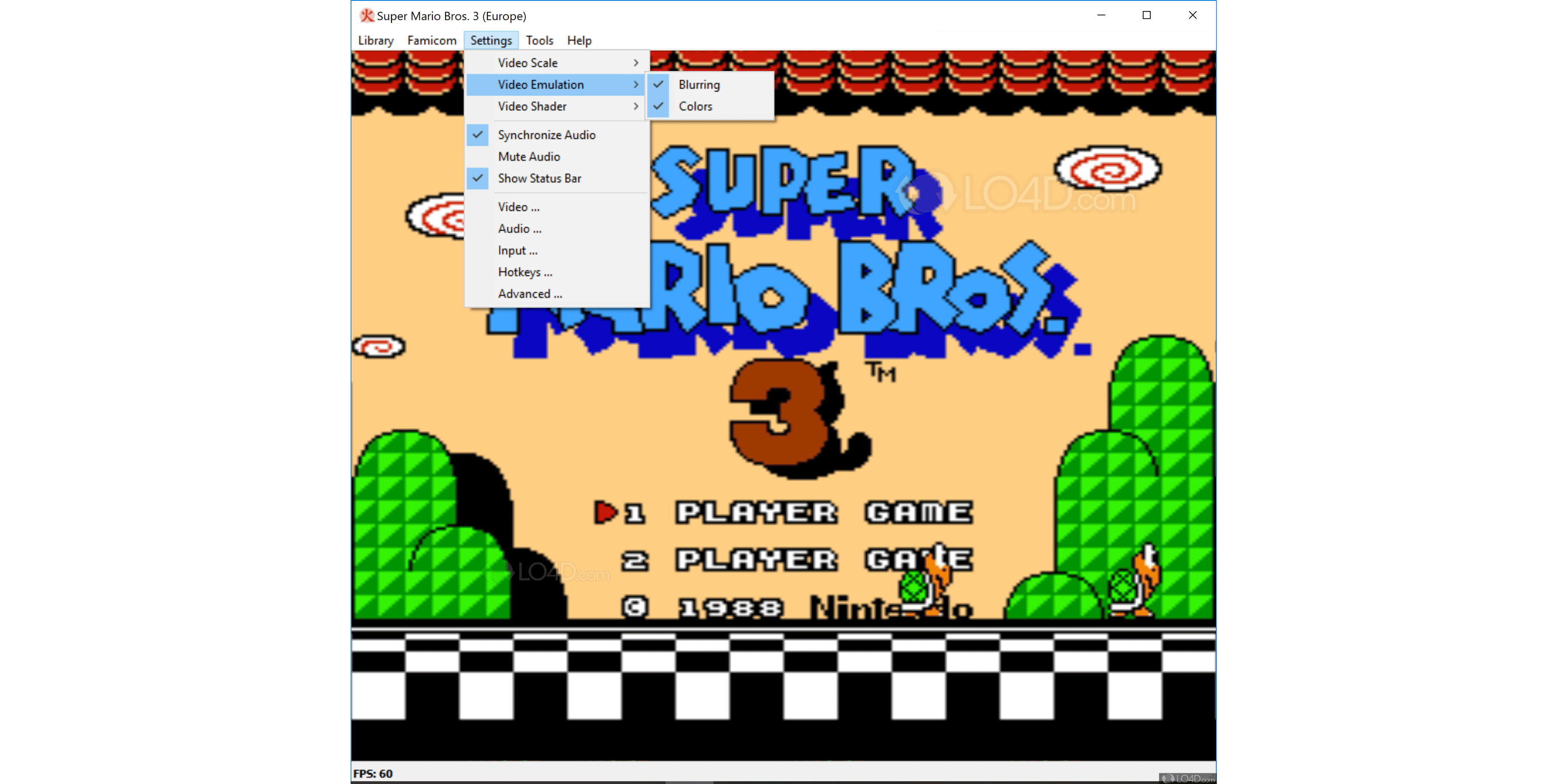 It’s easy to set up and takes no time at all.

It’s an excellent alternative, however my experience with it was marred by noticeable audio latency. Even though the problem only affected a small number of games, it should be noted nevertheless.

No$GBA Emulator, sometimes known as No Cash Gameboy Advance Emulator, is a well-known GBA emulator that gained notoriety for its unusual moniker. However, the emulator will display you more than just the game’s name.

The emulator can run Nintendo DS games in addition to GBA games. Several games function well on the DS despite the fact that the DS portion is still under development. 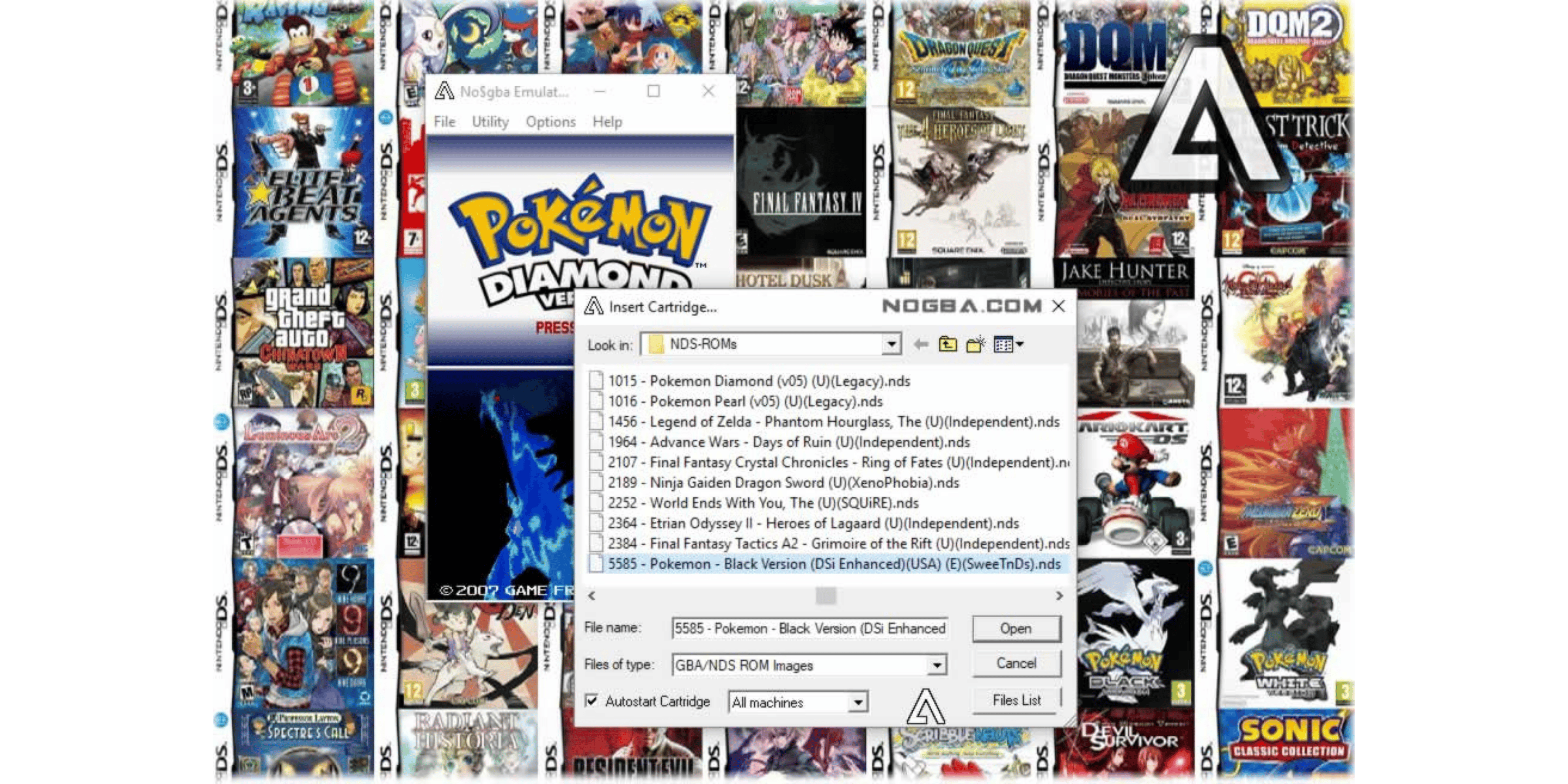 GBA and DS games may be emulated using the emulator, and a controller can be used. Allows the player to customise the game’s settings to their liking.

No$GBA Emulator is undeniably a strong emulator that manages to meet the bulk of emulation needs with relative simplicity. The GBA can play any game, including those that aren’t compatible with DS. 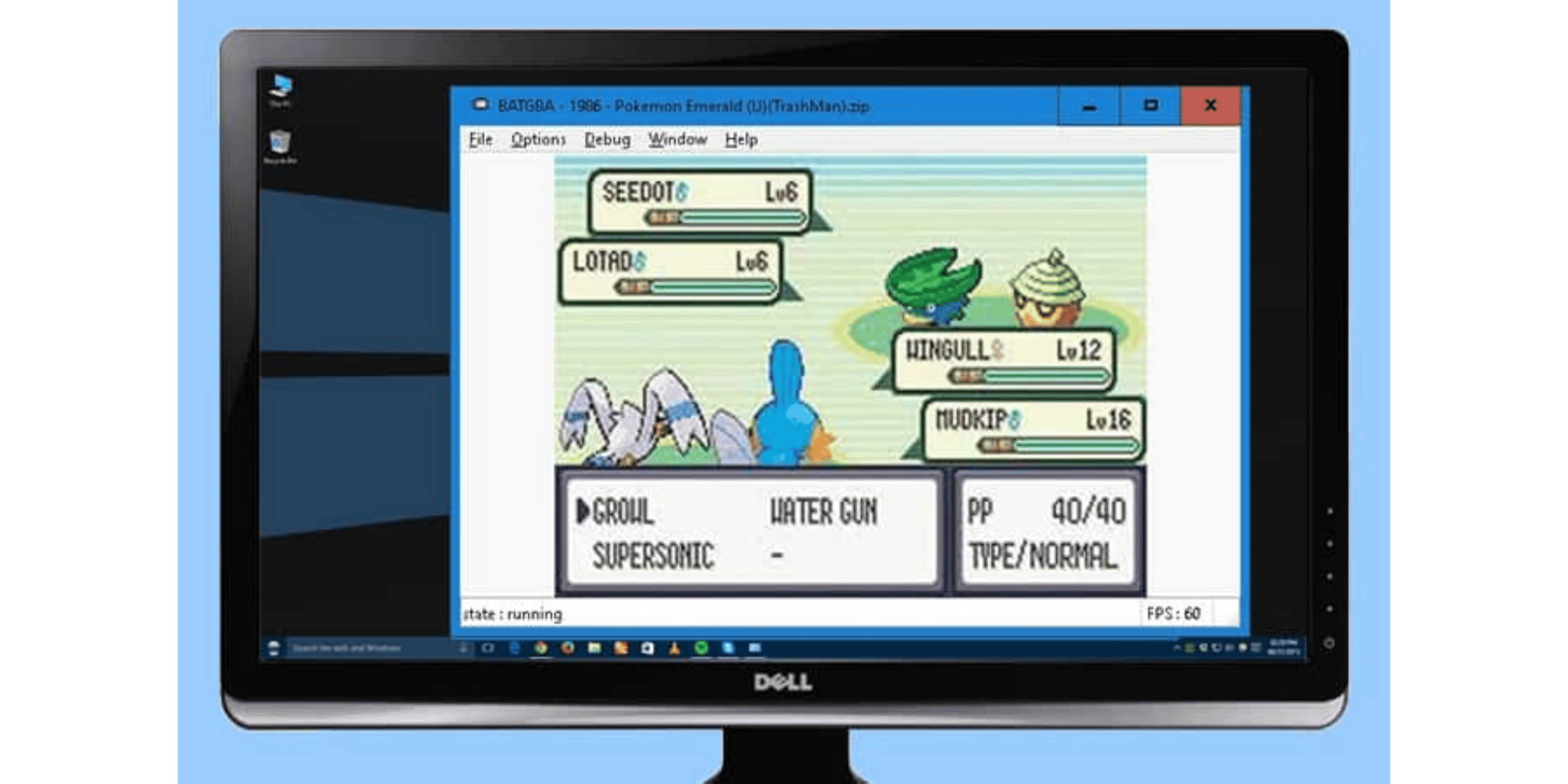 With just a few megabytes of memory requirements, the emulator can operate on almost any computer system. For over a decade, the emulator has allowed users to play any GBA game, commercial or otherwise, without any hassles.

However, because it does its stated purpose, I have no reason to complain. Some people complain that a lightweight emulator like this one is missing out on more sophisticated capabilities, but that’s the way things are.

Another reason for the closed-source nature of the Mac OS is Apple’s distaste towards emulators. However, we have managed to handpick the finest Gameboy Advance Emulator for iOS apart from HappyChick, Delta, and similar apps. So, without further ado, here is one.

Game Boy Advance (GBA) games may now be played on an iPhone or iPad using GBA4iOS, the only GBA emulator for the iOS operating system. It’s lightning-fast, has a sleek user interface, and even supports controllers. One of the game’s unique features is the ability for players to listen to music as they play. 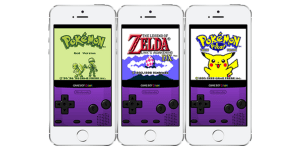 To be on the safe side, GBA4iOS supports cheats much like the aforementioned Gameboy Advance Emulator. You can also play Game Boy Color games on it, and it has a plethora of gorgeous controller skins to go with it. 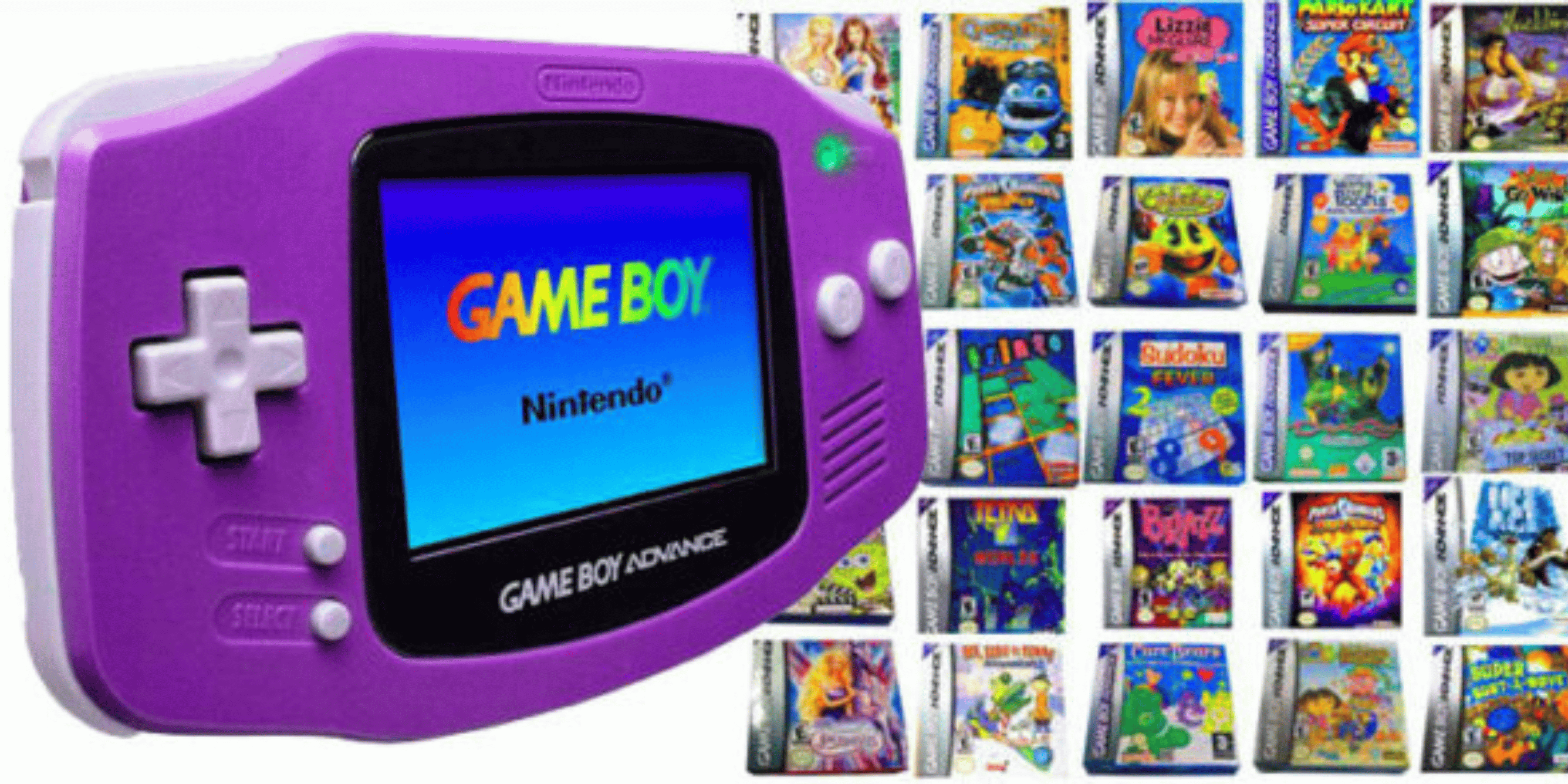 All of the top Gameboy Advance Emulators are free to download and will allow you to play GBA games on your PC with no problem. Even if there are a few duds among the group, I made certain to try each one of the emulators before compiling this list.

The emulators on this list have all been rigorously tested to ensure that they work flawlessly with all games. While I was unable to test the whole of the GBA library, I did so for those titles that required greater power.

No worries, the emulators are trouble-free and easy to install if you have a basic understanding of computer operation.