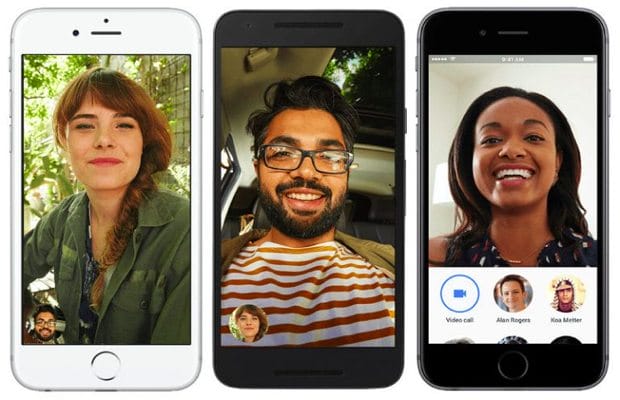 Google is back with another app, which serves as an alternative to other video-calling apps. This time around, Google is taking on Apple’s FaceTime with an in-house video-calling app – Google Duo. Unlike FaceTime, Google Duo is packed with more fun elements that help it stand out. The name “Duo” is to signify Google’s approach for a one-to-one video calling app. There is no group calling feature on Google Duo; it targets one on one chats. The app might also pose as a competition to Skype and Facebook Messenger.

Google Duo allows users to see who’s calling them before answering the video call. The app opens with a split-screen view of selfie camera along with a group of recently dialled contacts. Duo allows you to see how you look like on screen before placing the call. Cool, isn’t it? This feature would come handy in those times when we don’t get ample to check our appearance before making the video call. Also, Outlook check is necessary on Google Duo as it streams your real-time video sneak peek to the dialled contact.

The dialled contact can see your sneak peek even if they decide not to answer the call. This feature is named “Knock Knock,” and it serves as a digital peephole. The Knock Knock feature aims to provide the receiver chance to prepare before answering the call. Android users can view the video preview on their lock screen while the iPhone users would need to tap on “Preview” option or open the app.

Ample time to answer the call on Google Duo: For the late pickers, Google Duo rings for more than a minute. The app dials the recipient for almost double the time than FaceTime.

Google utilises a protocol named QUIC in Duo, which allegedly enables better video quality than other video-calling apps. Duo also detects weak Wi-Fi quality and shifts to mobile data accordingly. Google says in its blog post that Duo is now up for download, and it will be live worldwide in the next few days.

What’s up with Google’s strategy for communication apps?

At a developer conference this past May, Google announced two apps. Duo is one of those two apps; the other one was an AI-enhanced text messaging app – Allo. The other app is still in works and Google hasn’t yet announced a release date for it. We can’t help but feel confused about Google’s tentative strategy with communication apps. It’s surprising to see that Google chose to launch two separate messaging apps on video and text rather than fixing Hangouts.

To conclude, Google does what it does, and we can’t do anything about it. As for Duo, the app seems well-focused on one-on-one video chat. It would be interesting to see how Google plays it. What’s your view on this new video-calling app from Google? Share your opinion with us in the comment section below.

One thought on “Google Duo debuts to take on FaceTime and Skype: Here is everything you need to know about it”

Maybe it’s better to quit with Hangouts, because it has a bad reputation / no reputation. I see also another app from Google: Allo. Why not combine Allo with Duo?