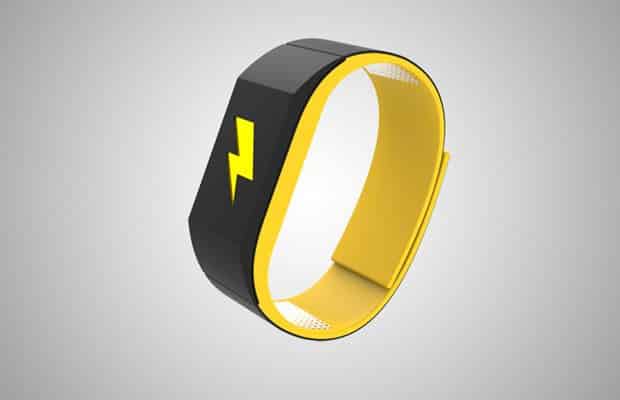 New Wristband Shocks You into Being More Productive

We are faced with decisions daily where convenience is tested against common-sense.

“Should I sleep in, or get up early?”

“Should I eat healthy tonight, or order pizza?”

“Should I go to the gym, or lounge on the couch?”

Time and motivation often become factors in decisions like these and it’s entirely up to you to make sure you keep up with healthy habits and productive behaviors. But we don’t always choose to be healthy and productive, now do we?

A new gadget called the Pavlok Wristband has the potential to help you control your negative behaviors through shock conditioning. No, it’s not even close to the scary shock therapy shown in movies.

The Pavlok Wristband emits a shock that, while not gentle, does just enough to trigger a neural response. “It’s not about the shock as much as it is about training your brain to do the things you say you’re going to do,” says Pavlok founder Maneesh Sethi, who said the project was made in alignment with studies from behavior change expert BJ Fogg at Stanford.

How It Helps with Productivity

Improving productivity is one the main aims of the Pavlok Wristband. The wearable gadget can track your movement – in miles, steps, sleep time and more – and issue a 340v electric shock if you fail to meet your pre-set physical goals.

Pavlok’s founder Sethi is also a productivity blogger who has, in the past, paid people to slap him if he wasted time on social media channels. He clearly believes that action can be prompted by pain.

The wristband seeks to literally zap a lack of motivation from anyone who wears it. Testimonials from early wristband users note how they were able to improve sleep patterns, work productivity and hygienic routines with the device, whose functionality and customization certainly appears to be a strength.

“The idea with Pavlok is getting a feedback device on your wrist that adds serious ramifications if you don’t go to the gym, and also rewards you when you are doing the right thing,” Sethi says.

Case Study: Using It as an Alarm Clock

The time at which you wake up goes a long way in determining your productivity. The Pavlok Wristband can help ensure that you get up on time.

At first, it will act like any other alarm clock, with a gentle vibration to get you up. But if you keep ignoring the vibration or hitting snooze, the wristband will send a shock to wake you up for good.

If you’re a heavy sleeper who has problems getting up in the morning, you should seriously consider looking into this behavior-changing gadget.

The wristband has an open API, which means that developers can tinker with the technology and implement it within their workplaces.

Imagine if your boss could automatically zap you for showing up late or not turning in a report on time. Or if your spouse could send a shock to you if you forget to call your plumber after a certain period of time.

With the open API of the Pavlok Wristband, these scenarios could become a reality and improve wearers’ productivity levels in more areas of their lives as a result.

The Pavlok Wristband doesn’t start shipping until 2015, but anyone interested in this new tech can pre-order a prototype of the wristband here for $249.99.

As Pavlok notes, the prototype will come with an app that lets you choose what you want to accomplish, whether it’s daily exercise, waking up early, going to bed on time or improving your study habits.

With media coverage already in publications like Fortune, The Daily Mail and Engadget, it won’t be surprising if the Pavlok Wristband is one of the most talked-about gadgets of 2015.

How to track your stolen laptop without installed tracking program