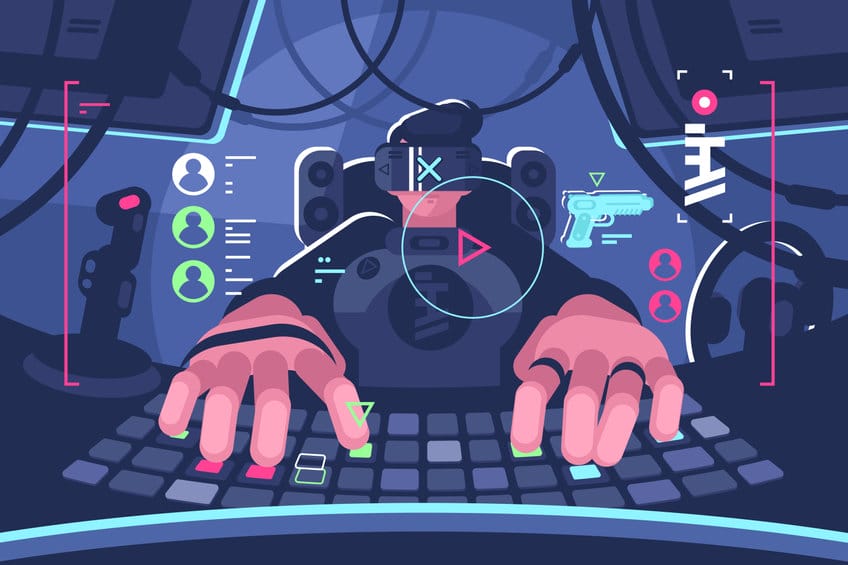 Over the years, the video game industry has been trying several different business
models. Let’s analyze all the crucial advantages and disadvantages of each of them.
Traditional model.

In the traditional business model, also known as a premium or pay-to-play, a publisher
releases a complete game, including the whole story and key features. Later it can be
enriched by expansion packs sold separately. This model was virtually the only option in the
pre-digital distribution era when it was impossible to deliver new content instantly. Players
still appreciate this model because they can be sure that they’re getting a complete product.
For publishers, on the other hand, it has some disadvantages due to limited possibilities of
post-release monetization.
As a result, publishers try to modify the traditional model. For instance, they tempt players to
preorder by adding unique content to the pre-release purchases. Another widely used model
is releasing countless DLCs; The Sims franchise is the best example of such an approach.
Many players complain about the latest installments in Electronic Arts’ life simulator series.
They point out that content that used to be a part of the core game has been cut out and
offered as paid expansion packs.

Studios deciding on this method sell a playable but unfinished version of a game. Early
Access is a solution that helps them get money and feedback during the development
process. It’s crucial, especially for small studios, since they can start an ambitious project
and find funds to finance it. On the other hand, players pay for an incomplete product.
Moreover, they don’t have a guarantee that developers will ever finish it. Some games, such
as Chris Roberts’ Star Citizen, are stuck in the EA phase forever.
Early Access can be indescribably useful for games creators, but it holds some risk for them
too. Some players just don’t understand the idea of Early Access, and they treat it like a
regular release. As a result, they post negative reviews due to bugs and glitches that are
pretty common in early builds of every game.

Another way to get feedback and raise funds before finishing the game is to divide it into
several episodes. Usually, they are sold separately, and there’s a significant gap between
the release of each episode. It buys the developers more time to finish their game.
Furthermore, they can implement some features suggested by the community; thus,
increasing sales of later episodes.
Unfortunately, the episodic model carries serious risks. First of all, due to gaps between
episodes, players can lose track of events or – in the worst-case scenario – lose interest in a
game entirely. Also, many players are no fans of episodic releases since the price of
episodes purchased separately is high. What’s more, there’s no guarantee that the game will
ever be finished. That’s why some series, such as Life is Strange, that have been using the
episodic model for years switch to premium.

In this model, the core game with basic mechanics is free of charge. It’s a great way to reach
thousands or even millions of players since everyone can try the game without spending a
single penny. There are a few different ways of using the free-to-play model. For instance,
Dead or Alive 6 or Killer Instinct can be played free, but a limited number of characters and
only several game modes are available. To get additional content, players must pay. As a
result, the free part of the game resembles more of a demo version than a complete release.
On the other hand, many games can be played completely free with no mechanics hidden
behind the paywall. Mainly, mobile games developers use the model in which the game itself
is available without any charges. Typically the progress is quick for the first few hours, but
leveling up becomes extremely hard as the game progresses. However, a player can get
additional resources or speed up progress by spending real money on microtransactions.
They’re usually the only way to avoid long hours of constant grinding. Most players decide to
pay because they don’t want to lose the time they’ve already invested in the game.

Games as a service

The game as a service policy can be applied together with either the premium or free-to-play
model. It focuses on providing the player with a game featuring ongoing support and
constant development. New content and upgrades, both free and paid, are released many
months after the initial premiere. This strategy helps maintain a player base and constantly
attract new customers. Consequently, one game can provide its developer and publisher
with revenue for a long time, so they don’t have to hurry with new projects created from
scratch.
Besides DLCs, seasons and other time-limited events are an effective way to keep players
engaged. Each season includes unique challenges and rewards; hence you must remain
involved not to miss any of them. An undeniable advantage of the games as a service model
is that one game can be played for a very long time – years even – constantly getting new
content. On the other hand, there are dozens of releases worth playing; hence investing all
your time in just one game may not be the best choice.

It could be classified as a variant of the game as a service model. The game itself is sold or
released free, but players must pay a regular fee to continue their journey. Mostly,
multiplayer games such as MMO RPG require a subscription that can cover the whole game
(e.g., World of Warcraft) or only some features (e.g., Fallout 76).
Choosing this model provides developers with constant revenue. The price is the necessity
to frequently develop new content to give users a good reason to continue paying;
otherwise, the game will lose subscribers. Moreover, the studio should listen to the
community and change the game the way players desire. Ignoring customers’ feedback is
another path leading to an outflow of subscribers. People who have already quit playing the
game can be very difficult to persuade to come back.
Those are the most popular business models chosen by video games publishers. As you
can see, each of them has its advantages and disadvantages for both players and
developers. Moreover, some models can evolve or intertwine with each other. Will it bring us
some new ways of video games monetization? We shall see…

Ensuring No Over Budgeting in Case of Your LMS