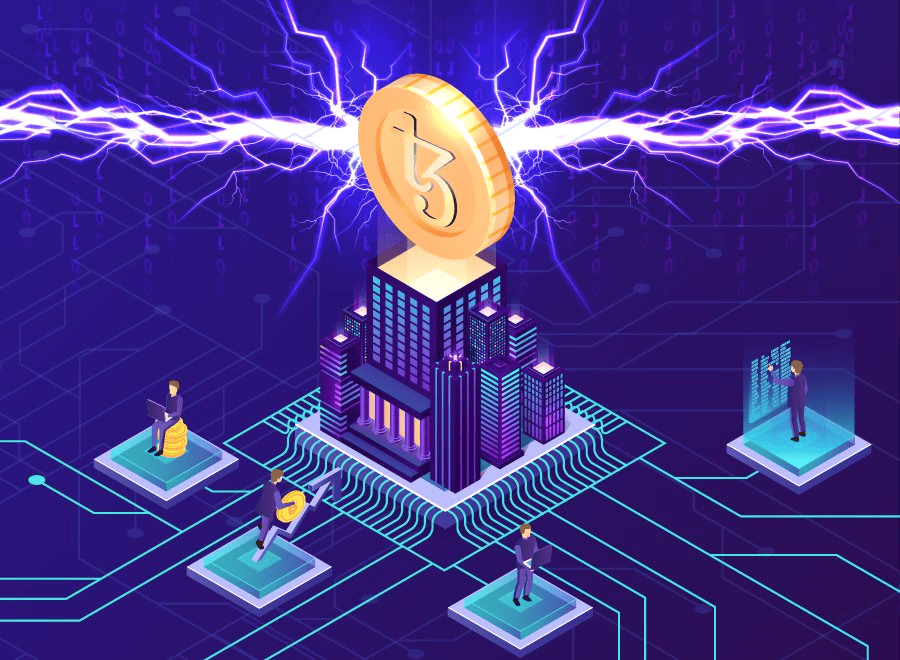 What Can You Use Tezos (XTZ) For?

Tezos, a blockchain-as-a-service (BaaS) platform currently in development, is launching its ICO on June 26th. This article lists the many uses and benefits; the Tezos platform can offer to entrepreneurs and investors alike. Founder Arthur Breitman has marketed Tezos as a protocol that can be deployed for any application in various industries. Tezos intends to be compatible with every use case imaginable, from accounting to contracts to games. While the Tezos team is still working to finalize its official launch, the universal nature of Tezos makes the platform appealing to many entrepreneurs looking for a blockchain solution. Here are common uses for Tezos that can be implemented while the platform is still in beta.

The protocol of Tezos uses a delegation and timestamping scheme that allows for the creation of a wide variety of tokenized assets, including stocks and bonds. The technology behind Tezos lets anyone create their own tokenized assets–users can create these assets and then sell them to investors on an open market, complete with an active trading engine. These tokens can be used for anything, from securities to loyalty points to other assets. The token-issuance system of Tezos is highly customizable–the protocol allows users to decide on the inflation rate of their tokens and the length of time they’ll take to mature. Users can also choose how many assets will be supplied at the launch of their token offering. This means you can create your asset-backed coins within minutes and distribute them in any volume you like.

Tezos allows users to create their own Decentralized Autonomous Organizations (DAOs) on the platform. These DAOs would be made up of smart contracts that follow the rules specified by the organization’s creators. The Tezos platform has a built-in governance system allowing decentralized voting and dispute resolution. Any proposal or change within an organization can be voted on and confirmed by the organization’s stakeholders. To buy Tezos, investors will need to hold Tezos tokens on the Tezos servers. These servers are the equivalent of a central bank for Tezos. The Tezos protocol does not require that the users have a trusted third party or even trust each other to transact. Users can set their thresholds for transaction fees, making it possible to build feeless applications that operate as decentralized exchanges, p2p marketplaces, and more.

Tezos allows for the creation of DPoS blockchains, similar to proof-of-stake (PoS) blockchains, allowing users to create their digital currency. Unlike PoS blockchains, however, Tezos uses a delegated proof-of-stake (DPoS) protocol, which is heavily inspired by the stakeholder voting system used in the ETH blockchain. To buy Tezos, users will need to hold Tezos tokens on the Tezos servers. These servers are the equivalent of a central bank for Tezos. This means that token holders can vote on protocol updates and changes the stakeholders make. The DPoS system of Tezos allows for efficient consensus that is free from centralized control and human error. In addition, DPoS provides secure, low-cost transactions across the network.

Smart contracts are often the talk of the blockchain industry. Smart contracts are so popular that Vitalik Buterin has even put them on hold to focus on his work on the Ethereum network. The Tezos smart contract system allows users to create their self-executing contracts. Users can customize every aspect of their smart contracts, from the logic and security measures used for a particular contract to the length of time stakeholders can vote on certain rights. This allows a wide range of applications to be built on the Tezos network. It also gives users complete self-governance over their contracts.

The decentralized exchange protocol of Tezos allows for the automatic and instantaneous exchange of cryptocurrencies via smart contracts. Any user can sell or buy tokens on an open market, complete with an automatic management system that will handle all orders, issues, and cancellations as they’re created. The software used for the Tezos exchange will allow users to provide liquidity to other DEXs and even provide hosting services for new DEXs. The decentralized exchange protocol of Tezos allows users to pay fees between themselves without having to pay fees from a third party. This makes it possible for buyers and sellers in a transaction to benefit from each other’s actions, effectively creating an autonomous ecosystem.

The Internet of Things is expected to be a trillion-dollar industry within the next decade, with millions of devices deployed for everything from self-driving cars to smart refrigerators. Tezos’ decentralized nature makes it well suited for the type of network needed for IoT applications. The internet of things is already on the drawing board at Tezos, with a working demo set to be released in 2018. The Tezos platform will allow for the creation of IoT sensors that can be used to create smart contracts and other IoT applications.

A common problem with proof-of-stake blockchains is that they can fall prey to selfish mining attacks, where individual miners try to game the system to earn a bigger reward for themselves. A proof-of-stake system, at its core, is based on the assumption that a miner will put up more computational power than another miner to earn the same rewards. Tezos’ consensus system is known as PoR, which stands for Proof-of-Reputation. The PoR protocol of Tezos allows for two miners to be chosen randomly from existing users by their reputation within the Tezos network.

The PoR protocol of Tezos requires miners to put up a certain amount of computational power to earn rewards. Proof-of-stake blockchains like Tezos are trustless because a miner can only lose by coming up short. In addition, it means that every participating user has an incentive to contribute as much work as possible to earn rewards. The PoR protocol of Tezos allows for the separation of control and funds on the blockchain, making interactions between users completely trustless.

The Tezos project has the potential to provide a scalable, secure blockchain that can be used to solve real-life problems. It has attracted some of the brightest minds in cryptography, making it possible to create a truly decentralized network. The project is still in its infancy, but it’s already on track to become one of the top blockchains in existence once it’s been finished and deployed on the market.

When Did Ethereum Classic (ETC) Start?