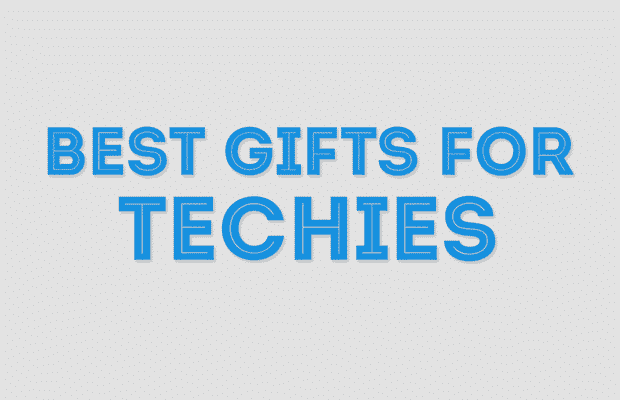 It’s that time of the year again! Everybody is buying holiday gifts for friends, family, strangers (looking at you Secret Santa) and even themselves.

So what do you buy someone who is really into technology? A simple USB stick won’t cut it anymore… Here are a couple of ideas for gifts that techies would really appreciate.

Most people drain their smartphone’s battery by the end of every day, sometimes even sooner. This portable power bank will easily fit everywhere and provide a full charge for a smartphone, which will last one more day.

Very useful for those who can’t step away from their phone for longer than 20 minutes.

A Bluetooth Sound Receiver comes in very handy if there’s a sound system in place, but there’s always a need to connect the cables to a (mobile) device to play some music on it. With a gadget like this you can imply plug in your stereo and stream music via bluetooth. Cheap and very functional.

The best thing to buy a techie on a $50 budget is definitely a TV dongle, which sticks right into the HDMI port. There are two popular options out there:

Google’s own TV dongle. At the moment it’s almost half of the Fire TV stick. For that you get a TV dongle that can play Netflix, Plex and much more.

Need a TV dongle that can play Amazon Instant Video? Go for the Fire TV stick.

It also has better hardware than the Chromecast, but it’s not too much of a factor, unless you are gifting it to someone who’d like to play games and to hardware-intensive stuff with the dongle.

If you don’t want to disturb other people around you while watching your favorite movie, get yourself a pair of wireless headphones. Amazing gift for those, who live with their family and want to keep those nightly binge-watching sessions to themselves.

Switching lights or any other electronics on or off with an app or just by walking past it?! How awesome is that! Yeah… Techies would really appreciate a Smart Home starter kit that they could use as something to start automating their home.

You can choose from a set of “smart” WiFi enabled LED lightbulbs, smart wall outlets or other neat things from Belkin Wemo.

Having a device like this at home allows you to use it as a media server at home or just as a remote hard drive. Techies will know what to do with it. There are four different storage options:

The Moto 360 is definitely the best Android smart watch on the market. If your giftee is excited about new technology and owns an Android smartphone, I can recommend buying the Moto 360. Looks great, does what it promises.

A Kindle Paperwhite is an awesome gift for techies who read. A crisp backlit display will ensure a great reading experience in any lighting, doesn’t matter if you’re out in the sun or under your blankets at night.

This sound system from Sony comes in a beautiful and functional design. It will act as a stand for your TV and still produce clear sound and a rich base. Details inside: