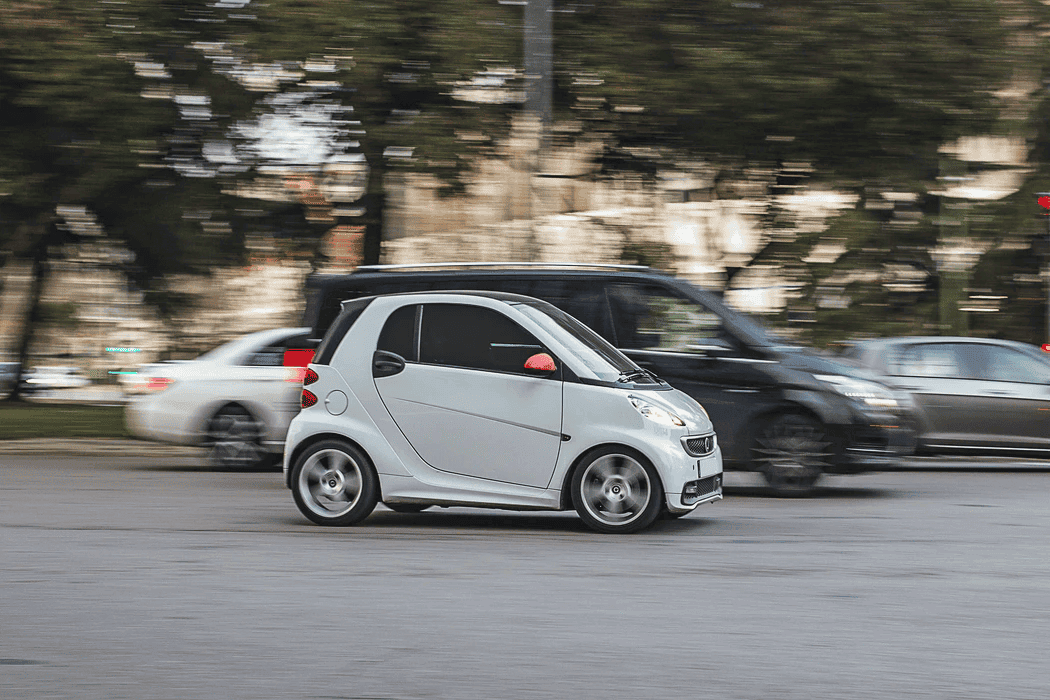 Small cars have always been held in high esteem in developed countries. It is no wonder — in the very center of West Europe, there are very narrow, winding streets, which makes people look for the proper vehicle. It was there that the famous Smart subcompact car with two-seater Fortwo was born back in 2005.

This review will focus on the modern Smart Fortwo, its characteristics, appearance, and joint development with the French concern Renault. You will also learn about all the pros and cons of this mini car as well as the ways of reading its VIN code with the help of the FAXVIN service.

The Appearance of the Car

The car was created specifically for the city ride, so its dimensions are quite modest. So the length of the car is 2695 mm; its width is 1559, and the height is 1555 mm. Even in a crowded parking lot or relatively tight traffic jam, Smart will find a parking spot. The luggage compartment volume varies from 220 to 340 liters, while the driver can take a small suitcase with him.

The small car has a very attractive appearance. One-volume body, short overhangs, smiling grille — all this will make our ride as comfortable as possible. Smart Fortwo has a rather memorable appearance, especially the tuning version. The car does not look like a toy at all. Interestingly, despite the small size, there is really enough space in the car for two. People of average constitution and height will be able to sit here comfortably. Thanks to the narrow pillars and close-positioned rear glass, the smart has excellent visibility. It is also difficult to find fault with the finishing materials and the build quality — there are both soft plastic and eco-leather.

Compared to the previous generation, a small glove compartment appeared in front of the passenger, and the center console received a new design. It is also noteworthy that a tachometer is not provided for in the basic configuration for the Smart Fortwo — the dashboard only needs a speedometer.

The Smart Fortwo range of motors starts with a liter gasoline engine equipped with a turbine. The power of the unit is 71 hp. with a torque of 92 N / m. More powerful versions include a model from the tuning studio Brabus, with a 102-horsepower engine. All cars are equipped with rear-wheel drive and a robotic 5-speed gearbox. Another cool feature of the car apart from the size is the very modest fuel consumption. So, the smallest version consumes about 4 liters of fuel in a combined mode, and the most powerful — about 5.2 liters.

Restyling of the New Generation

This smart car has indeed launched a new generation of the Smart Fortwo by 2015. The car has undergone total processing, has changed both externally and internally, having received a new body, a new interior, and new engines. The modern model is named Smart Fortwo 453.

Modern Smart practically did not increase in size, which is typical for many “replacements.” The length and height remained the same (2695/1555 mm). But the car has been added a little in width. Now, it is 1663 mm (+104 mm). Due to such an increase, one could fear that the Smart Fortwo would lose its former maneuverability, but these fears were in vain.

Thanks to the short wheelbase, the car is still famously rebuilt and pulls corners — this is facilitated by a well-tuned suspension, as well as a ground clearance of 130 mm. The trunk has become slightly smaller. Its standard volume will be 190 liters, and by manipulating the seats, you can boost it to 350 liters.

The new generation has received the new body and interior colors. And since the price of the new generation Smart Fortwo has increased, its basic equipment has risen as well. The car received ABS + ESP systems, tire pressure monitoring system, uphill assistance, halogen headlights, and daytime running lights. The salon has become more spacious and comfortable. The steering column has received height adjustment, and the center console can now house a 7-inch LCD.

It is worth saying that the modern Smart Fortwo, which can be bought on the market today, is a joint development with the Renault concern. It was on the Renault Twingo platform that developed the Smart Fortwo. Furthermore, it was the French who helped make the salon even more extravagant. So, now the tachometer (offered as an option) is paired with an analog clock and is located near the left pillar, and the driver has more than 40 (!) warning sound signals to choose from. There are also several design packages such as Urban Style or Sports Style. They offer different colors and different accessories.

The line of car motors has also changed. There are two units to choose from — a turbocharged gasoline engine and a naturally aspirated engine. The first one has at its disposal three cylinders with a total volume of 0.9 liters and a 6-band automatic machine. The second is a liter engine with mechanics. Both are distinguished by excellent performance and modest fuel consumption.

Well, for those who are used to saving thoroughly, there is a Smart Fortwo Electric Drive option with an electric motor. Its capacity is a modest 17 kW / h, and the car itself is capable of driving up to 110 km at one gas station. It will take about 5 hours to fully charge the batteries.

Pros and Cons of Smart Fortwo

Like every car, Smart Fortwo has its pros and cons. Here are some of the most basic ones:

Ready for the Purchase?

In conclusion of this review, it is worth noting that the car after restyling has gained a more mature look. There is no more sound of the box when the doors are closed; all niche thresholds, luggage protection are sewn up with plastic and fabric. In driving, the car has changed; now it corresponds to the name. It is smart — it does not allow the car to scour the highway thanks to the steering wheel with variable effort. The brakes are smoother. General conclusion: Smart Fortwo is almost perfect for the city ride.