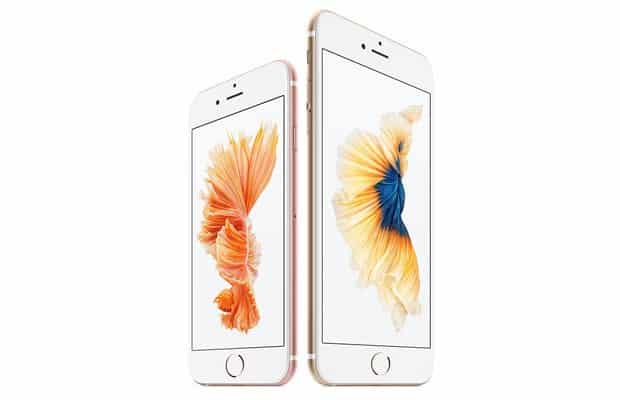 For the past five-something years I was a die-hard Android fanboy, with no understanding why people would be paying those ridiculous unjustifiable prices for iPhones. These devices were less functional and were lacking some really important features. At least for me.

It all began when I switched from my then-beloved iPhone 3G to something more sophisticated, and I never looked back… Except when I bought the new iPhone 6S Plus two weeks ago. All the talk around the device and the obviously high build quality intrigued me to jump ship from my Samsung Galaxy S6 Edge, just to see if I missed something in the past few years. Spoiler alert. I did.

Why I switched from and Android phone to the iPhone

You know, one of the main points of the iPhone keynotes in the recent years was the fact that the iPhone “just works”. From my perspective it’s almost like comparing a Windows machine to a Mac. However, Macs started out as less functional and more user-oriented devices, which evolved to what we have today. My hope was that the same thing happened to iOS as well…

When buying a phone I will try to find a device with a great battery life, snappy performance and a somewhat good camera that can create a presentable image even in low light. With Android phones, it’s always “pick two out of three”. There always seems to be some kind of compromise when it comes to buying an Android phone, even if it’s a flagship device.

So, with that in mind I went ahead to the Apple Retail Store and got myself the new iPhone 6S Plus, expecting to buy an all-round great device, while not compromising on anything.

Two weeks with the iPhone 6S Plus – the Good, the Bad and the Ugly

After setting up the device and using it as my main device for the whole day, there were some very obvious observations I’d like to point out:

➤ The screen is absolutely fantastic. Details are sharp, colors are rich and it’s is bright enough to look at even in bright direct sunlight.

➤ Battery: after a whole day of extensive usage I ended the day with 25% battery left on the iPhone. With the same usage, my Samsung Galaxy S6 Edge would run out of battery at around 5 or 6PM. Clear Win for the iPhone right here.

➤ Touch ID is incredibly fast. No need to tap-to-wake and then use your thumb fingerprint. Just press it once and it will unlock instantly. Most of the time I don’t even get to see the lockscreen at all. Also works great if you’re pulling the phone out of your pocket while holding it in a way that your thumb presses the home button, so you can get it out and unlock it in one smooth motion.

➤ Bluetooth devices generally seemed to connect quicker with the iPhone than with my other Android devices. I’m specifically talking about Bluetooth speakers and wireless headphones.

➤ 3D Touch seems useless in day-to-day usage. In two weeks I couldn’t find a use for 3D Touch that would actually make things easier. Not many apps support it, and using it feels somewhat of a forced feature. You can use it as a kitchen scale though.

➤ App crashes! Haven’t seen on of those in a long time while using Android.

Overall, there’s no doubt that the iPhone 6S Plus is one of the greatest devices out there for you to buy. However, it’s not something I can imagine using as my daily driver. Let me tell you why.

Why I’m going back to Android after trying the iPhone

I would categorize myself as a rather advanced mobile device user. With that in mind, here are the main reasons why I will definitely go back to using Android devices after trying the iPhone 6S Plus.

Navigation was one of the main reasons I decided to go back to Android. Contrary to Android, the Back button in iOS is positioned in a very uncomfortable to use way – the top left corner of the screen.

Back when the original iPhone was introduced in 2007, Apple was advertising the ease of use, alongside the fact that you can reach all parts of the screen with just your thumb while holding the device in your hand. This was the case up until Apple came out with the iPhone 5 and increased the screen size from 3.5 to 5 inches, and then with the iPhone 6 and 6S, which went up to 4.7 inches (5.5 inches on the iPhone 6S Plus).

The original positioning made total sense. However, as the screens got larger over time, Apple decided to follow the easy road and keep the navigation as it was, taking a massive usability hit. Apple designers actually recognized this important issue. This is confirmed by the fact that a feature called “Reachability” even exists.

Reachability allows you to bring everything on your screen half way down so you can reach it with your thumb while holding the device in your hand, “simply” by double-tapping the home button. Here’s a video of what it looks like in action.

In most cases, I only need to reach the top corners of the screen for simple navigation purposes. I’m looking forward to seeing an actual solution to this issue in future versions of iOS.

Since I started using the iPhone I started missing important notifications on a daily basis, or forgetting about them after dismissing a few when the came in at a bad point in time.

On Android you can see that there are still some notifications left that you didn’t look at on every screen. On the iPhone, however, I need to unlock the device, swipe down to see the Today view (which is my default) and then press on the Notifications option to reveal them. Three steps are two too many for my taste.

Since we’re already on the topic of notifications… If you’re anything like me and you also get upwards of 30-50 emails on a daily basis, it’s very handy to see a quick preview of the email on your lockscreen, or any other incoming notification for that matter. Unfortunately, there’s absolutely no way to do that on the iPhone. And again, to see a preview I need to repeat the three steps to get to it.

So you’re telling me I still can’t use widgets?

C’mon Apple. It’s 2015. People have shorter attention spans than goldfish by now! When we need the information we’re looking for, we need it now.

iPhone widgets don’t even come close to those on Android. A “widget” on iOS actually is just another item in the Today view. In addition, only a few apps even have a widget option. Out of 52 third-party apps currently installed on my iPhone, only eight have widget support.

My understanding is that widgets are there to give you a quick look at something or a convenient shortcut.  Unfortunately, out of those eight only one seems useful, since, it appears, there’s really no way to customize them in any way.

I’m going back to Android, guys. However, this doesn’t mean that the iPhone 6S is a bad device. It’s quite the opposite actually. The iPhone 6S is probably the best iPhone Apple has ever created!

All jokes aside, iPhones are great devices for those who “just want it to work”. If you’re someone who wants a stunningly good-looking phone that has incredible battery life and a great camera – go for it. The iPhone works exactly like Apple advertises it.  If you, however, need a little bit more than the “basics” and are willing to adjust some settings here and there, I’m not sure I could recommend it for you.

Android come at a price though. The price is, in most cases, either poor battery life, sub-par camera or a horrible third-party layer on top of stock Android (looking at you LG), cluttering the device with useless performance- and battery-hungry features.

With that being said, I’m willing to compromize “it just works” for “I’ll make it work like I want it to”.