Today we are having a look at some of the best security software available for Mac. Before we do though, we undoubtedly need to deal with the elephant in the room. Within this particular elephant-occupied room is a whole host of computer users who repeat the Catechism in union; ‘Macs don’t get viruses’ they intone, ‘Praise be to OS X’.

You may have repeated this one to yourself the moment you read the title of the article. It is a ‘truth’ so often repeated that it has really become almost a kind of dogma. And like most dogmas, it rarely gets questioned with any kind of rigour. While the focus of today’s article is on the kinds of Mac antivirus and anti-malware protection available, we would be remiss if we didn’t spend a little time breaking down why such reviews are useful or even necessary.

So, Can You Get Viruses on Mac?

Depends on how you are using the term ‘Virus’. The reality is that there are, as of now, almost no viruses designed for Mac (some viruses have been designed by specialists simply to prove that viruses for Mac are at least possible). However, this qualification depends largely on how one defines a virus. For serious techies, the definition of a virus is something that installs itself on your computer. However, for most of us, the term ‘virus’ is interchangeable with the term ‘malware’. Malware is an umbrella term that covers a wide range of different malicious software such as Trojans, worms, spyware, rootlets and other types of troublesome beasties.

Now, while the threat of classically defined viruses for mac is currently very limited(we’ll explain why we place here an emphasis on ‘currently’ a little later) there are several credible malware threats currently circulating for Mac. A recent example was the large scale Flashback Trojan infection that affected some 600,000 Mac users and was designed to steal passwords and other personal information. The Flashback Trojan worked by posing as common plugins such as those for Adobe’s Flash.

While the title ‘Antivirus software’ implies that these kinds of security systems deal only with viruses, the reality is that they are also designed to warn of, and protect against, malware such as Trojans.

What is the best Antivirus for Mac?

So, all of this leads us back to the question of what antivirus softwares are out there for Mac and how does one sort the good from the bad? Below we have reviewed some of the main contenders to help you stay informed about the best security available for Apple machines.
First, the Best Free Antivirus Apps for Mac. We are going to begin by looking at two free options available for Mac. While this may seem like starting with bargain bin quality, the two reviewed here actually possess some of the highest malware detection and prevention scores on the market. First up…

Avira is a well-known antivirus software provider that has been around since the 80s. While previously focused primarily on Windows, they now offer a free OS X version. The software is approachable for the layman, sporting a pretty straightforward interface that is intuitive to use. In lad test carried out my both Security Spread and AV-test, Avira came out first among many other main competitors text in terms of malware detection and prevention. It employs some of the latest and most effective techniques, such as Heuristic scanning. It also compares favourably to all other competitors tested in terms of its affect on computer performance in all categories except its full scan mode. However, one area that Avira did perform poorly in Security Spreads lab test, is in its ability to detect malware already installed. In the test, Avira detected only 38 or a possible 107 malware infections. This is something to bear in mind if you suspect your Mac may already be infected.

One of the most well-known free antivirus software available, Avast now also cater to OS X users. In AV-TEST study, Avast came in second only to Avira in its ability to detect on-demand (detected during an active scan) and on-access(detected as a file is opened or downloaded) malware. The margin is very slight, but when you combine it with the fact that it also shows a higher impact on computer performance than the Avira version and does not possess a scheduled scan feature, it is hard to see why one would choose it over its main free version competitor.

Given Avira and Avast’s high malware protection scores in comparison with paid-for competitors, you might be wondering why you should bother considering the latter category at all. However, it is important to bear in mind that these free versions are no-frills dedicated malware detectors, so bonus security features such as security wallets, password managers and parental controls are wholly absent. Therefore, we are going to take a quick look at some of the main contenders in the paid-for category to see how they stack up in terms of performance and extras.

Bit defender boasts a solid antivirus and malware protection at its core. However, it distinguishes itself with strong results in one additional protection, namely Web Protection. This refers to an antivirus software’s ability to protect against shady websites attempting to use phishing attacks and other scams to steal personal info. Browsers have a certain level of built features already to help detect this, but if this is an area of risk that keeps you awake at night, Bitdefender is probably that right choice for you. 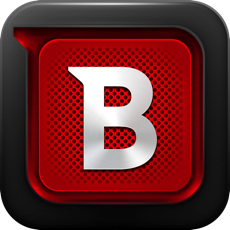 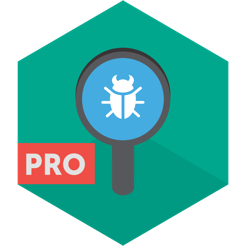 Lastly, AVG for Mac: Something in the middle

If you want a free antivirus software that also boasts extra features, AVG for Mac is a good middle of the road option. While its malware detection scores don’t quite match the free software mentioned already, they are still respectable. It also offers several additional features, the stand-out being its Web Tuneup feature. This element provides three main functions. First, it compiles detailed reports on each website’s safety. Second, it offers a Do Not Track feature that prevents ad networks and Web analytics tools from tracking your browser activity, and the third and final feature is a Browser Cleaner that removes cookies and cached files with the click of a button. All in all, not a bad package for a free software.

Do you have experience with some of these Mac antivirus software options? Maybe you know another software that has worked well for you? If you have any comments or feedback, please feel free to add it in the comments below.