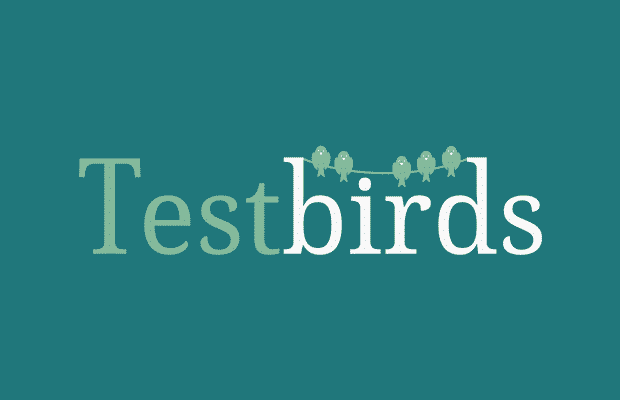 Remember the time when you had to rely on paper maps to find your way around? It seems like ages, right? Nowadays, you type an address on Google Maps or other web-based maps and voilà!  It makes our lives oh-so easier.

As with everything Google, Google Maps has taken the world by storm. It is the world’s most popular mobile app, used by 54% of smartphone users at least once a month.

But to what extent can we rely on it? Will it lead us onto airport runways like Apple Maps did following its launch in 2012? Or has Google accurately mapped the entire world?

In order to find out what people think about Google Maps, Testbirds independently chose to use the concept of crowdtesting to evaluate it. The testers – called Birds at Testbirds, reported bugs, gave reviews and ratings and suggested improvements. This article gives an overview of the findings along with some interesting comments that perhaps some of us can relate to.

Without a doubt, Google has done a remarkable job not only mapping the whole world, but also displaying satellite images of almost every street. The Street View feature is very popular among testers. Comments such as “I sure LOVE street view” were a common thread throughout the reports.

According to Google, most if the images are approximately one to three years old. That means that the testers noticed several outdated images.

“I’ve been living in the same house for 5 years now but on Google Maps it has not even been built yet!!”

Google displays the highest-quality images available for any given location notwithstanding the date the image was taken. Therefore, an old image may be displayed instead of a newer one with the option of retrieving newer images. One tester suggested displaying the “exact dates of when the satellite images were taken” without having to look for the information.

When switching between Map and Satellite View, and when zooming in and out on the maps, the loading can take a while, often resulting in a blurry screen. This was the most frequently-mentioned negative usability feedback, noted by 63 testers. For others, the transitions between the different views were fast and smooth, with no buffering. As a suggestion, one tester noted:

“The loading time could be improved by testing users’ bandwidth/download speed and sending images with a resolution that suits their internet speed, along with an option to enable higher resolution images if they so wanted”.

Google outlines the steps to follow to ensure that the blurry imagery is not caused by the user’s computer. If the streaming indicator is 100%, and the image still appears blurry, it is due to Google not having high-resolution data for that particular location. The imagery might also be deliberately blurred, as these examples show.

A new version of Google Maps was launched this year. It is a radical overhaul from the old version with a minimalistic user interface design. According to Jonah Jones, the lead designer, the old version made it hard to discover the additional features, unless the user was already aware of them. The idea behind the new version was thus to strip away all buttons and controls, so users could interact with the maps directly. Let’s see what the testers had to say about it.

“The site is very user friendly and (almost) everything is within hands reach. This makes the site very organised.”

“I find the new design more intuitive than the old one, and the maps are taking larger screen space than in the old version”.

Moreover, the testers were asked to rate the design of the website on a scale from one to six, with one representing very poor and six representing very good design. The average was 4.8 out of 6. They were also asked to rate how intuitive they perceived the navigation and the menu. The average was slightly lower, 4.6 out of 6, which can still be considered relatively high. The high ratings are unsurprising considering the application’s popularity. Yet, the user feedback shows that the designers’ intention to make the new version free of buttons and controls might have slightly backfired.

In terms of negative aspects of the design, it was most frequently-mentioned that the icons were confusing or hard to understand, particularly for new users.

“At first you have no clue as to what the buttons do; you have to try them out first. This makes it so that people who use it for the first time have to spend a while learning how to use it by themselves.”

Few testers also had difficulties finding some of the additional features.

“The short URL function was very hard to find and I had to do a Google Search to find it. You have to click on the tiny gears icon near the right hand corner, which is hard to see on Satellite View”.

“An in depth description of the features with a quick summary at the beginning would go great lengths in helping new users to understand the system.”

Perhaps the small “Help” icon located at the lower right-hand side of the screen went unnoticed by some of the testers. By clicking on it, the user is welcomed to the new Google Maps and invited to take a tour, get help, and return to classic Google Maps, among other things.

Google Maps is buggy but awesome

A total of 86 bugs were reported by testers and approved by the Project Management team at Testbirds. All bugs are verified before being included in the so-called Bug Report.  This is done to ensure that no bugs are duplicated or out of scope, meaning that the client is already aware of the bugs.

While the absolute number of 86 bugs seems high, it is considered a medium or low number of bugs compared to other tests, especially when the number of testers that participated in the test is considered. This is unsurprising, seeing that Google has been making continuous improvements to the application throughout the years.

The bugs are as diverse as they are many, ranging from malfunctions to display problems. However, the majority of testers reported that Google Maps provided all the features they were looking for.

Do you have a lot to say when it comes to websites and applications? If so, crowdtesting might be for you! Everyone can become a tester and earn money by testing mobile apps and websites. For more information, take a look at our Nest.

The bird is the word! Flappy Bird is coming back with a cool new feature