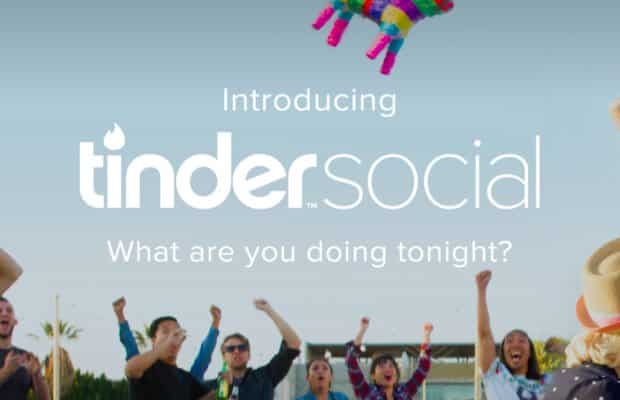 Tinder needs no introduction; the app is by far the most successful dating app. Given its popularity and demand among users, the app makers are now focusing on making it more relevant for social use. Until now, Tinder aimed at finding matches for singles. But its new feature “Tinder Social” will now allow groups of friends to find and meet.

In a statement given to BBC, Tinder’s chief, Sean Rad, said,”the first step that we’re taking to make Tinder more social and a little broader when it comes to the types of connections we want to enable.”

In response to rising doubts, Tinder’s chief, Sean Rad said that the new feature is not targeted at promoting a “niche” activity. “It definitely allows you to make connections beyond just romantic ones,” he explained.

To clear it further, Rad said,”We look at Tinder as not just being a dating app, but capturing your entire social life. And your social life has so many different aspects to it. The beauty of putting this in the same app is that we have scale – we have tens of millions of users all over the world. So, overnight you can get the power of Tinder and connect with others going out tonight in a way that was never possible.”

How does Tinder Social work? 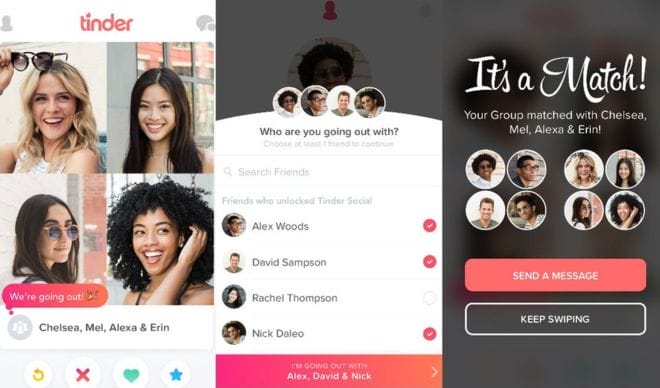 You have to tap on a few of your friends (guys or gals) within the Tinder app to create a group. Then, you have to mention the purpose or what you’re looking to do (watch a game or go to a bar. After that, you will be allowed to browse through other groups to form a connection. Rad says, “It’s all of the above—you can see groups of men or women or mixed groups. You can use it any way you want.”

This new feature is optional – It can be locked or unlocked on user’s will. Also, it won’t overhaul the Tinder experience; the app will function as it is. Simplifying Tinder Social, Rad says,“With Tinder Social, you can show up somewhere having already broken the ice with a group of people–it makes a random bar feel like a house party.”

Well, we believe that it would be kind of interesting to see how Tinder users receive this new feature. Do you use Tinder? Would you try out Tinder Social? Let us know through the comment section below.