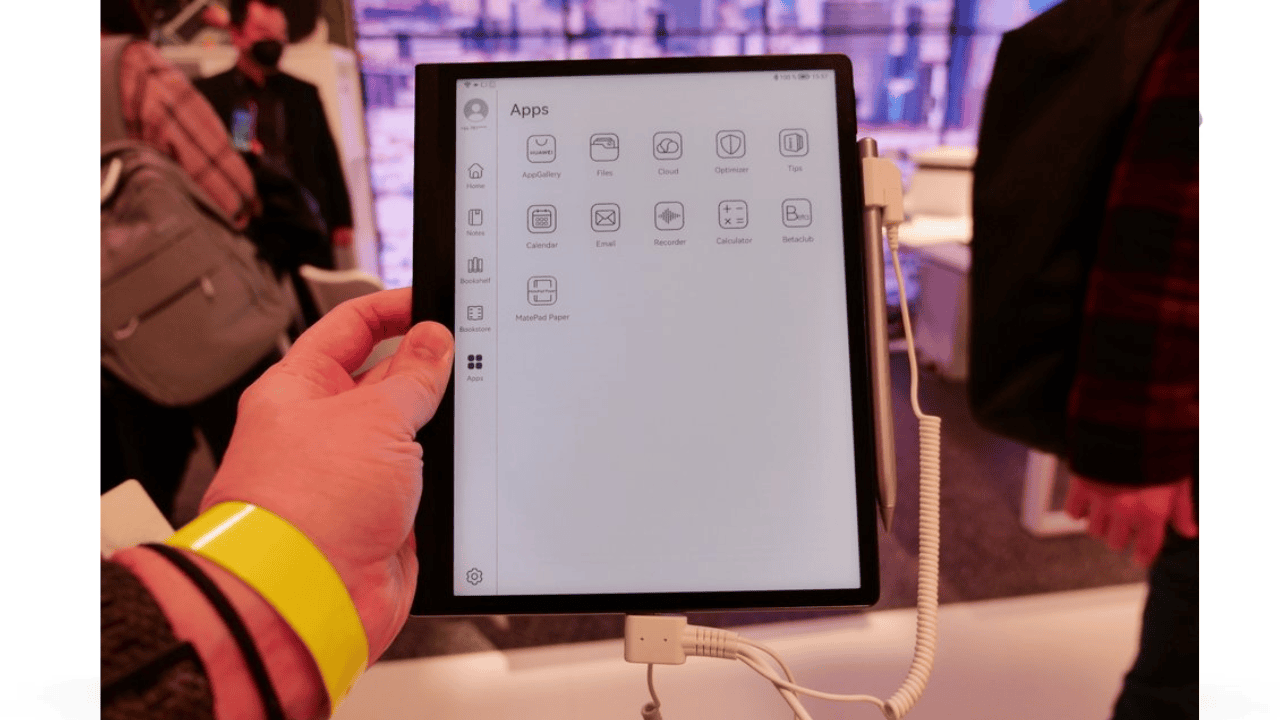 Huawei’s Matepad Paper costs €499 (about $521), Huawei’s MatePad Paper e-ink tablet is now available in Europe with an M-Pencil and Paper Folio Cover. Nearly four months after the initial announcement at Mobile World Congress in February, the Europe launch has finally arrived. Huawei’s latest tablet, the MatePad Paper, is making its way to Europe and to the rest of the world. Despite the devastating penalties imposed by the United States, Huawei is steadily regaining its footing on multiple fronts. An M-Pencil and Paper Folio Cover are included in the slate’s retail package. 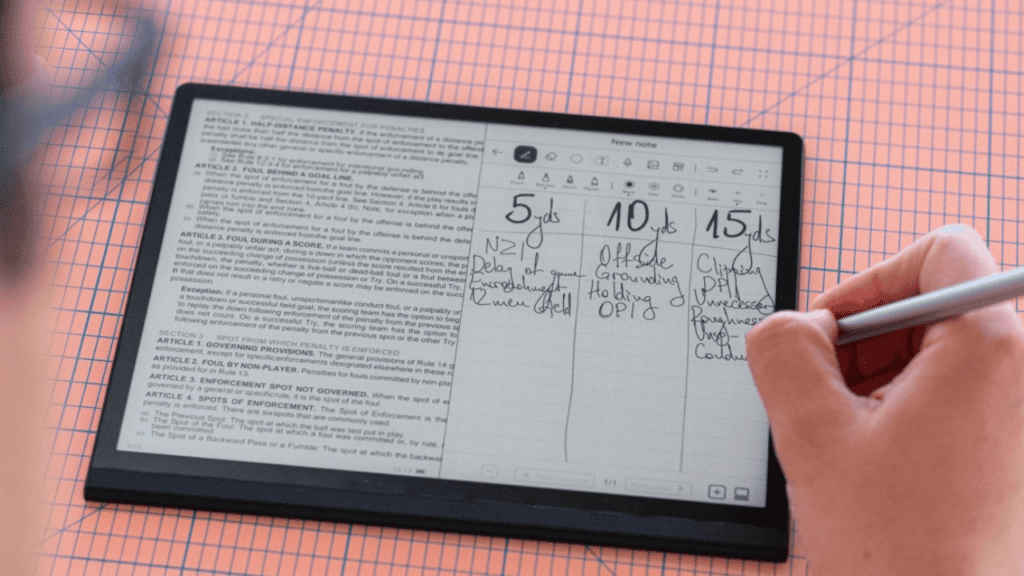 The Huawei MatePad Paper has 1,872×1,404 pixels and 227 PPI. The screen-to-body ratio is 86.3 percent, making it ideal for use in a variety of lighting circumstances. The MatePad Paper has a hexa-core CPU and supports optical character recognition (OCR). The details of Huawei’s hexa-core processor remain a mystery. There are 4GB/64GB of RAM and a 3,625mAh battery that provides four weeks of operation on one charge.

In addition to the M-Pencil, the MatePad Paper comes with a paper Folio Cover, which is offered separately for $100. In the coming year, the MatePad Paper will be available on 0% financing. Those who are members of the Huawei Unidays programme can get a 5% discount. The MatePad Paper has a battery life of up to 28 days and is exclusively available in black. Huawei’s HarmonyOS 2 powers it.

The review of the Huawei MatePad

Companies are releasing Android and Windows tablets to compete with the iPad and Surface in the tablet market, which has recently seen a rebirth. Many individuals still prefer to buy an eReader, such as a Kindle or Kobo, because LCD and OLED screens aren’t ideal for reading.

However, what if e-ink could be utilised for more than just reading books? With a black-and-white display and many of HarmonyOS’ core features – Huawei’s answer to Android – the MatePad Paper is effectively a combination of the two.

In other words, it can do things an eReader can’t, like write emails, browse the web, or take handwritten notes.

Is that enough to justify the purchase of the MatePad Paper?

Alternatively, should they stick to the more standard tablet options? To discover out, I put the device through its paces for a few weeks.

Effortless, high-end style. Excellent 10 inches of e-ink screen. Speakers that sound great, yet have a terrible fingerprint sensor. The MatePad Paper’s appearance is modest, obscuring its capabilities. Physical page flip buttons are missing, so the gadget looks more like an oversize version of the Kindle Oasis. To make the MatePad Paper easier to hold in one hand, three thin bezels surround the display. The top left bezel is the largest of the three. This makes a lot of sense, and I have no issues with the screen-to-body ratio being 86.3 percent. In terms of screen size, this is one of the largest e-ink displays available. Compared to the current Kindles, the text on this device has substantially superior clarity and crispness thanks to its 18721404 resolution. Even if it can’t be configured to automatically adjust the brightness, it is still incredibly bright. The e-ink display is slower to refresh than a regular tablet because it doesn’t use LCD or OLED technology. Navigation may feel sluggish at times, but the benefits to your eyes will outweigh this for most people.

Because they don’t force us to blink less than usual, many people feel that e-ink screens alleviate eye strain. Because they are lit from the sides rather than the rear, the amount of blue light emitted is likewise reduced as a result.

The MatePad Paper’s display does exactly what it’s supposed to do. 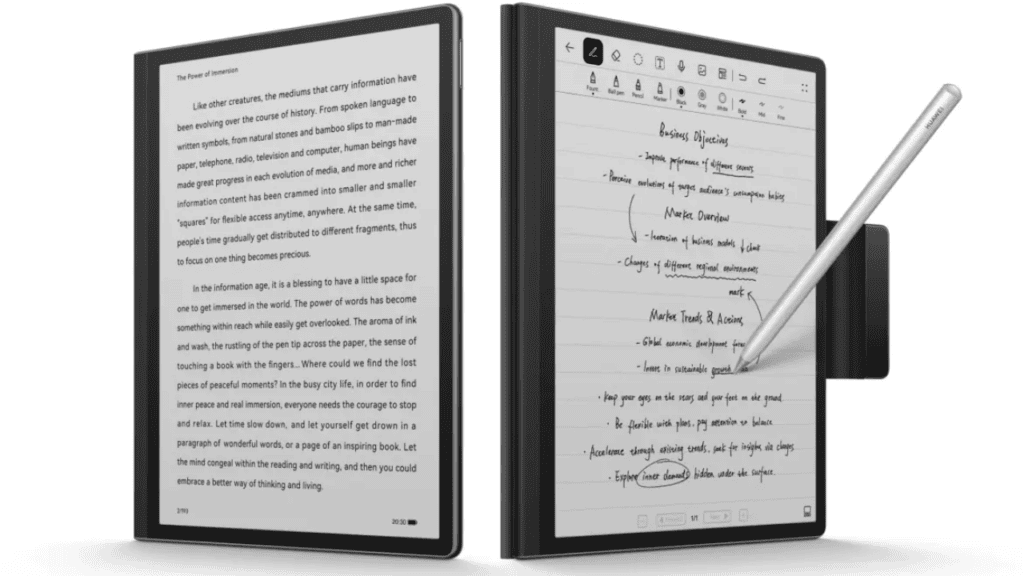 M-Pencil stylus Excellent folio cover Lightweight. It’s all-inclusive. In addition to the tablet itself, Huawei adds two more items in the box. Adding a folio cover protects the front and back of your smartphone while still keeping a high-end aesthetic appeal. It’s magnetically attached and constructed of the same leather-style plastic as the back of the tablet. However, I wish they were a little more powerful – It can be dislodged with a hard nudge.

Even if the device isn’t being used, this is still a problem to consider. A powerful magnetic clasp holds the cover in place when it is closed. When not in use, the M-Pencil can be stored here.

4 GB of RAM and a Kirin 820E CPU from Huawei Slow, but better than e-ink competitors. It’s a good idea to have 64GB of storage space. We know a lot more about the MatePad Paper’s internals than we do about some other e-ink devices. Some inexpensive phones are also equipped with a Huawei Kirin 820E chipset, which powers this device. There is no cellular connectivity on the MatePad Paper, which usually features 5G capabilities. If you go with the sole option offered, you’ll also get 4GB of RAM.

Direct comparisons with comparably priced Android or Windows tablets make evaluating performance tricky. Because of the limited number of apps available, I was unable to use our standard benchmarking programme. With the software installed, 64GB of on-device storage appears to be 46GB instead of 64GB. But e-books and notes are typically modest in size, making them easier to transport. Huawei gives you an additional 5GB of free cloud storage, so you won’t run out of space unless you download a lot of audiobooks.

Software for the HarmonyOS 2

HarmonyOS 2, powers the MatePad Paper. Though it may seem similar to the company’s mobile devices, this is a completely distinct experience.

It’s clear as soon as you’ve set up the smartphone, with four widgets on the home screen: calendar, notes, email, and books. However, there are separate “Notes,” “Bookshelf,” “Bookstore,” and “Apps” sections on the left-hand side of the screen.

It has a decent battery life of several days, but it’s nothing spectacular. USB-C charging is fairly quick. The MatePad Paper sports a 3625mAh battery from Huawei. In modern tablet standards, that’s a modest number, but e-ink displays use far less power than LCD or OLED displays. Indeed, a single charge will last days, not hours. This may be extended to a week’s worth of learning with just a few minutes of reading, listening to audiobooks, and taking notes each day.

Even still, Amazon claims that its newest Kindles have a battery life of 10 weeks. MatePad Paper will need to be recharged almost as frequently as a standard tablet if used as a primary reading or note-taking device. After just a few hours of standby time, the percentage of the battery remaining drops significantly.

Huawei’s Matepad Paper in terms of cost and accessibility

This is possibly the most compelling argument against purchasing the MatePad Paper. The single model with 4GB of RAM and 64GB of storage is available for €499 (about £420/$530).

The Huawei website does not presently have it available for purchase, but AliExpress does, with prices starting at £447/$548 at the time of this writing.

Quite simply, that’s out of the question for the current condition of the equipment. ReMarkable 2 costs £299/$299, while Kindle Paperwhite Signature Edition costs merely £179/$189. This is the only true competition.

The MatePad Paper’s £400/$400 price tag becomes more difficult to justify since the iPad and Surface Go 3 are both much less expensive. In our best eReader and best tablet rankings, you’ll find a plethora of other options.

As an interesting first-generation device, the MatePad Paper won’t be enough to convince many consumers to give up their tablet or other eReader.

When used with the great stylus that comes with the device, a large, high-quality display is ideal for taking notes and annotating material. The MatePad Paper’s quality look and feel were a pleasure to use, and the device’s battery life and speakers were above average.

Because of this, reading typical e-books on a 10.3in screen seems awkward. A lot of work needs to be done on the software, which is only an approximation of the full HarmonyOS. “

This can be fixed in future updates, but most people won’t take a chance on it at this pricing point. A excellent device for note-taking and annotating is all that the MatePad Paper is worth in its current state. 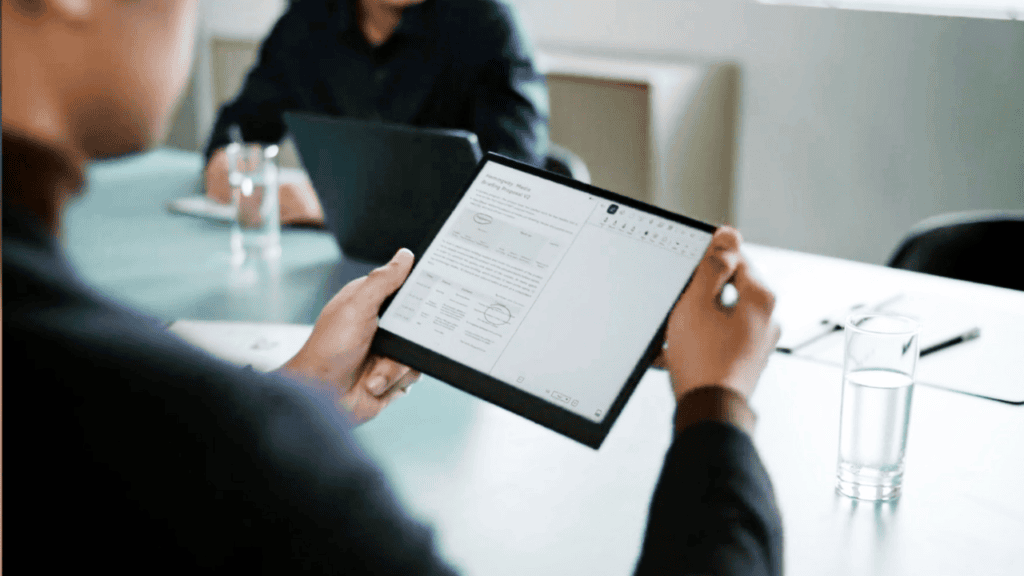 Specs of the Huawei MatePad Paper

According to the initial evaluation, In our initial assessment in the Philippines, we discovered that the HUAWEI MatePad 10.4 is a well-built smartphone with an excellent display and powerful hardware.

Q2: Is the Huawei M pencil used on Huawei MatePad?

Q3: Is the Huawei MatePad T10 tablet capable of drawing?

To use the MatePad T10 touchscreen, just apply the same amount of pressure as you would with a pen and paper to the ULTRA-ACCURATE 2mm pen tip. For up to 12 hours, you can draw, write, tap, and swipe!

Q4: What is the difference between the MatePad and the MediaPad?

Q5: Is MatePad 11 and pro capable of drawing?

The MatePad 11 and Pro are both capable of drawing. The 120Hz display on the MatePad 11 improves drawing performance because there is less jitter in the diagonal lines.

Q6: Can I write on my Huawei tablet using a pen?