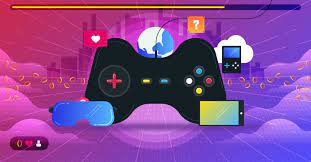 Technology is key to society and a major part of how we all live now. While innovations like mobile phones and the IoT are key here, gaming is a tech-heavy sector that plays a big role in many people’s lives. Over time, this entertainment niche has grown to not only attract many more players but also drive up the game sales figures that it enjoys.

But how have game sales evolved recently and what has been behind this?

How have game sales evolved lately?

When it comes to video games sales in recent times and the overall state of the video game market, there is no doubt that positive evolution has taken place. This has seen both sales and the video game industry enjoy healthy, organic growth in recent years.

This pattern of increasing spending, sales and revenue is also seen in other gaming markets worldwide. Sweden is known not only as a hotbed for gamers but also for the best companies making fun games to play. Their gaming market grew to 2.29bn euros in 2019, which was a 23% increase from 2018.

When you note that increased sales pushed the market there to be worth around 3.3bn euros in 2020, it is clear how vibrant video game sales are in the country. This is not just for new games either – sites including https://www.bytspel.com/ help facilitate pre-owned game sales around Sweden and are a key part of the thriving gaming scene there.

Why have game sales and gaming in general grown lately?

While industry revenue stats globally show that game sales have pushed the sector to new heights lately, it is worth thinking about why this has happened.

One reason is simply that gaming itself has become a mainstream hobby in the last few years, just as the latest gadgets have become widely seen in our homes. This was not always the case in days gone by, when gaming was something of a niche activity.

You also have to factor in that more celebrities have begun to endorse gaming or advertise games over time. This has made them look much cooler and seen their legions of fans (who might not have been into gaming before) start to play. When you add in the next-gen gaming tech/consoles to play on, new advances like VR and better games to play, it is clear why the sector is in such a great place.

It is also true to say that gaming and game sales have been helped massively by online stores that sell the latest titles. The online store at Epic Games is a great example of this. While the benefits of online stores for their owners are clear, the advantages for consumers are also easy to see.

To begin with, these stores make it a lot easier and more convenient to pick up games to play. They give you the ability to buy games from home, for example, without leaving the house. This is a lot less hassle than having to go out in person to the local game store and find the game you want to purchase. Online stores also have easy to use search functions that make it a lot faster to find the game you want, and save you heading down to a physical store only to find out the title you like is not in stock.

Online game stores often sell titles at a lower price than offline stores too, as they do not have the same overheads to cover. Titles purchased from an online store are quick to download and this means you can start playing them almost instantly. Factors such as these help to drive up game sales and boost the whole industry by giving people a more convenient, fun and great value way to buy games.

Will game sales continue to rise in future?

The steady increase lately in terms of game revenue driven by greater game sales numbers is hard to ignore on a global scale. This means that game sales should continue to rise as we move ahead and help the whole sector to reach even greater heights in time.