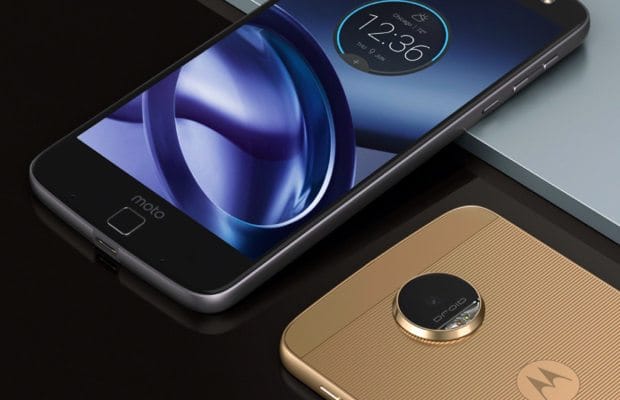 After a series of rumors and reports, Lenovo-owned Motorola has finally launched the two new Moto Z smartphones. At the Lenovo Tech World in San Francisco, Motorola unveiled two devices – the Moto Z and Moto Z Force. To simplify, these two phones are the variants of the same flagship, Moto Z. Both the devices lack 3.5mm audio jack and have a USB Type-C audio connector instead. Thankfully, Motorola will provide a USB Type-C to 3.5mm adapter in the box contents.

The Moto Z Force comes with a bigger battery (3500mAh) and ShatterShield display while the Moto Z features a thinner design. The Moto Z is around 5.2mm thinner than the Moto Z Force and is made from “aircraft-grade aluminum and stainless steel”. It comes with a 5.5-inch QHD AMOLED screen and is powered by a Qualcomm’s Snapdragon 820 chipset clubbed with 4GB of RAM. There is and 32GB/64GB of expandable storage (up to 2TB via microSD card). In the camera department, the device sports a 13MP rear camera with dual-tone LED flash, Optical Image Stabilisation (OIS), and laser autofocus along with a 5MP of selfie snapper with.

Just like other flagships launched this year, this one also features a fingerprint scanner and water-resistance. It is backed by a 2,600 mAh battery with Turbo Charging, which is claimed to offer 8 hours backup with just 15 minutes of charging. The phone runs Android 6.0 Marshmallow and has USB Type-C connectivity. 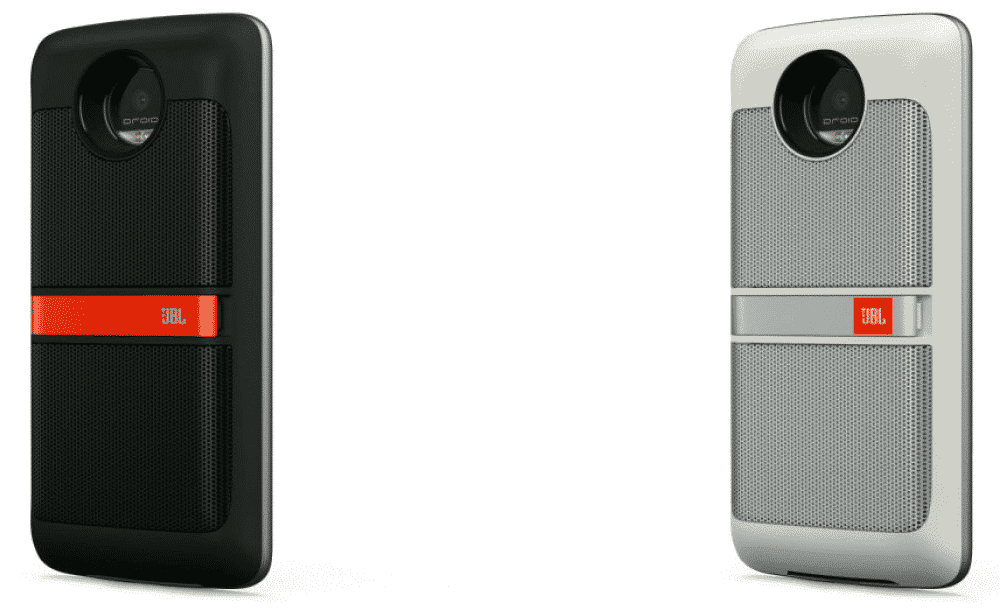 On the other hand, the Moto Z Force is slightly thicker than the Moto Z and measures 6.99mm. It packs a bigger battery of 3500mAh and also bears a shatter-proof display. There is 21MP rear shooter with a f/1.8 aperture with phase detection autofocus (PDAF), Optical Image Stabilisation (OIS), and laser autofocus. It has a wide-angle 5MP front shooter.

The major highlight of these devices by Motorola is “MotoMods”. These are a bunch of new accessories that can be attached to the back panel of the device. These are attached with the help of 16 dots or pins given on the lower part of the back panel on both the devices. Motorola is giving Style Shell Mod free with every unit. The Style Shell Mod will be available in a variety of materials such as nylon, wood, or leather.

There will be any other Mods that can be attached to these devices, such as SoundBoost Mod, Power Pack Mod, and Insta-Share Mod. The SoundBoost Mod is built in collaboration with JBL, it is a speaker which can be attached to the device and also enhances the device’s battery life by 1000mAh. The Power Pack Mod provides a 2,220mAh cell to the rear of the device for an extended battery life. While the Insta-Share Mod adds a pico projector to the device and allows users to project their phone’s up to 70 inches wide at a 480p resolution.

In the US, both the devices will be launched as Moto Z Droid Edition and the Moto Z Force Droid Edition. These will be exclusively sold via Verizon, sometime in September. Motorola has not revealed the pricing for both the devices, but we expect it to be revealed soon. Stay tuned with us for more information.

One thought on “Say Hello to new Moto Z smartphones with Mods for speakers, projector, and power”

I think the motomods will be the special feature within this. Especially the projecting devices connected towards the mobiles. Now had they revealed the prices for both devices ?