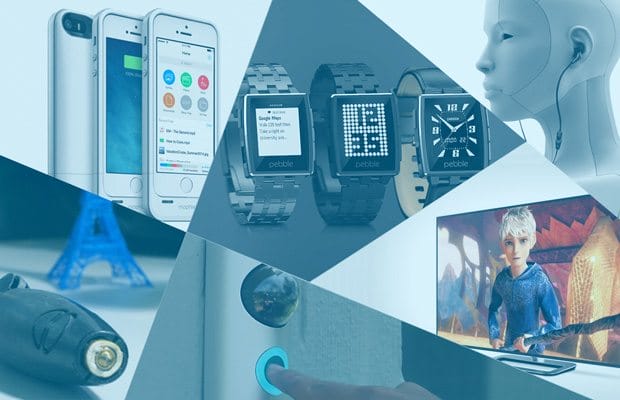 The Coolest Gadgets You Can Buy In 2014

This year’s CES had a ton of new consumer electronics to offer. Many new and exciting gadgets were presented to the world, of which only a few might make their way into our lives. We had a close look at and made a list of what we think are the best gadgets you can get in 2014. 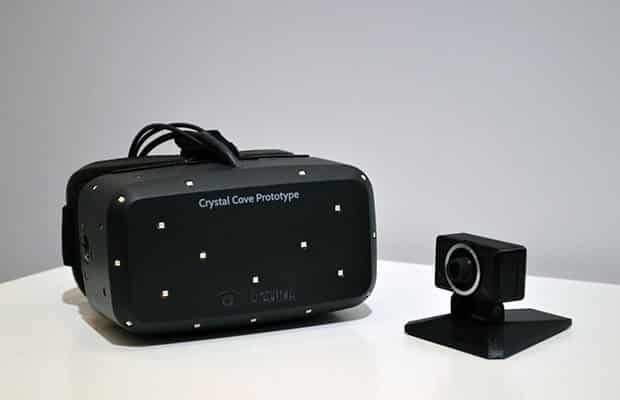 The Oculus Rift is one of the coolest things out there for gamers. It’s basically a virtual reality headset that puts you inside of video games or other sorts of virtual surroundings. Without a doubt, it offers the most immersive and realistic gaming experience you can get right now. It tracks all your head movements and replicates them in the virtual world you’re in. So it is completely normal if you start to feel nauseous because of the crazy realistic experience.

The newest prototype of the virtual reality headset, called Crystal Cove, was presented at the last CES just a couple of days ago with improved motion blur and reduced lag times. Although there is no official release date and price for the Oculus Rift, rumors are that it will launch this summer for less than $499. 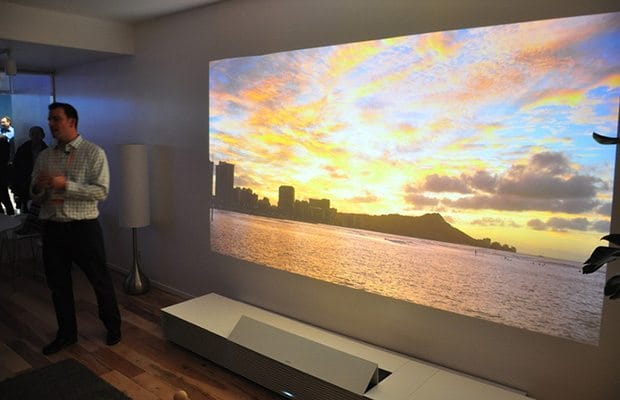 Sony starts selling a special piece of furniture. Sounds weird to hear that from a company primarily building electronic devices, right? But not if I tell you that is has a projector built-in that turns your wall into a massive 147-inch screen with a 4K (!) resolution. The fact that the projector is so close to the wall allows for a more immersive and undisturbed viewing experience since people walking by don’t cast any shadows. And the if that’s not already awesome, once not in use, the top cover with the projector shuts automatically, turning the projector into a stylish and minimalist piece of furniture. Sony said that its Ultra Short Throw Projector will ship this year but there’s no specific date yet nor a price. 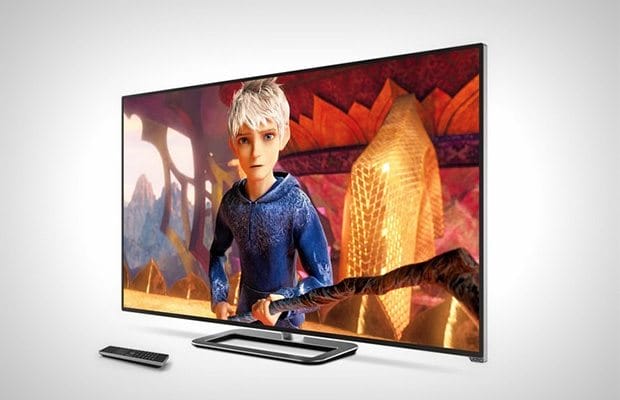 Remember the times when TVs with true Full HD displays were a new thing? They were pretty expensive at first, compared to HD Ready or other TVs. However, the 4K generation of TVs doesn’t seem to follow that price behavior. For example, Vizio’s P-Series Ultra HD sets will start selling at just $1,000 – and that’s for a 50-inch, 4K television set! That’s a very good price for a high-end TV set of that size. Although there is hardly any 4K video content that you can enjoy on such a TV until now, a set like this will prepare you well for the future for a great price. 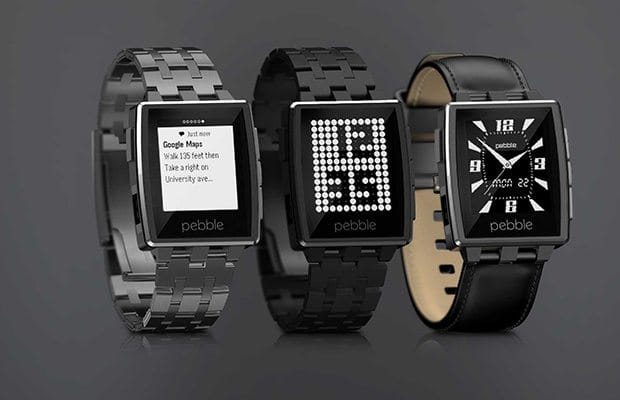 If you had your eyes on all the different smartwatches that have been introduced so far you probably thought the same as most other people: “Mh very cool, but it doesn’t looks like a watch I would wear”. The guys from Pebble really took that thought and reinvented the look in their new model, the Pebble Steel. Although hardware-wise it is basically the same as the previous model, its appearance has improved significantly. It looks much more mature and like a proper watch. The Steel comes with a metallic or leather band and costs $249. If you can’t wait to get your hands on one, don’t worry, you can already order the Steel on Pebble’s website. 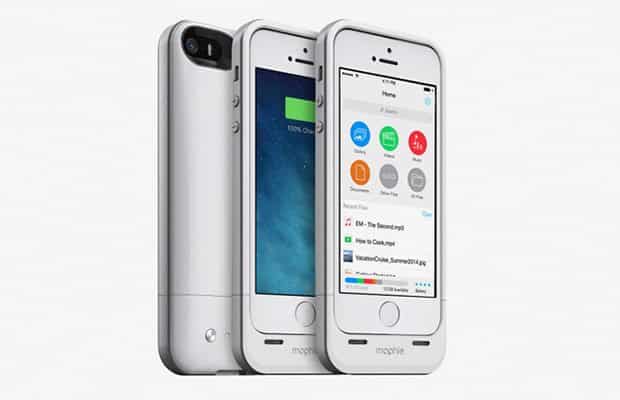 With the Space Pack from Mophie you never have to worry about battery life or filling up the internal storage of your iPhone. This iPhone accessory has a built-in data storage of 16 and 32GB on which you can easily store all your pictures and videos you take without exhausting your phone’s internal space. The Space Pack provides twice the battery life you would normally get, meaning that having a working iPhone for two days is not just a crazy fantasy anymore. The Space Pack will cost $150 for the 16GB and $180 for the 32GB model and will ship March 14. 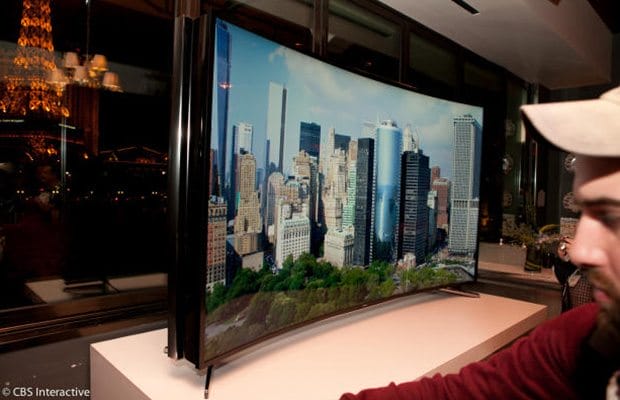 What was truly mind blowing at CES this year were the huge Samsung and LG Ultra HD OLED TVs that bend with the press of a button. This approach promises a much more immersive viewing experience. It does sound a lot like a prototype presentation but Samsung already announced that they plan to ship their bendable TV later this year. What’s the price of this amazing piece of technology? There are no official numbers yet but you can bet that they’ll be very pricey. 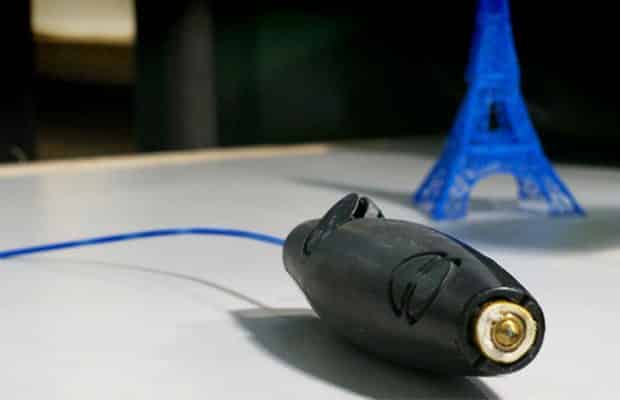 This successful Kickstarter project, a 3D printing pen, made its first public appearance at CES. This special kind of 3D printer doesn’t need any prior modeling and can be handled by anyone. It’s, basically, like drawing an three dimensional object which is the big difference to actual 3D printers. Although you are pretty limited compared to proper printers, the 3Doodler is a cheap and fun alternative for only $99. 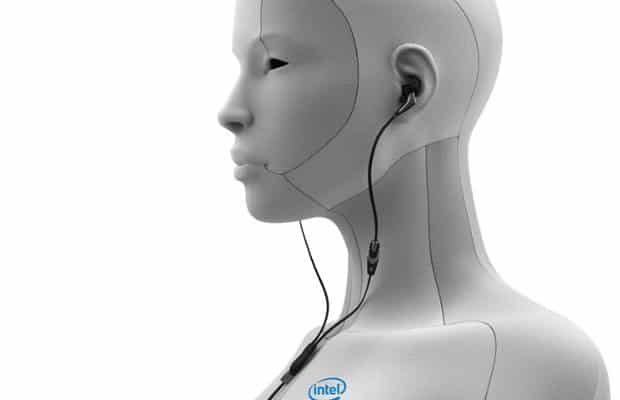 It’s not a surprise that another smart wearable device made the list. CES was full of them. Next to all the smartwatches and wristbands, Intel differentiated themselves a bit by introducing a set of body-monitoring earbuds that connect to iOS and Android devices. The earbuds collect a range of different body information such as calorie, distance, pace and heart rate data. The cool thing about these smart earbuds is that they can calm down your heart rate by playing a calm song in case your heart beats too fast. The earbuds will be sold by a third party and will probably be available later this year. 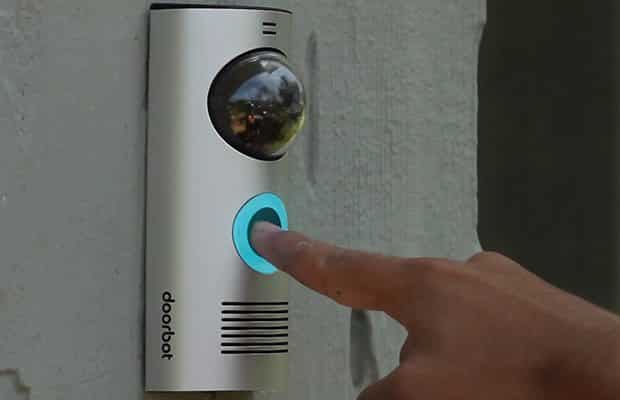 I guess not many have a smart doorbell in mind while thinking about cool gadgets. The DoorBot, however, is quite a neat thing to have. It lets you see and talk to people standing in front of your door from an iOS or Android phone. Basically, when a visitor rings the bell, the DoorBot initiates a video call on your smartphone. The cool thing about it is that you don’t even have to be near your home to receive those calls since it’s connected to your Wifi at home. This convenience comes at a price of $200 and will be available soon.

Who Will Win The Console Gaming War In 2014?