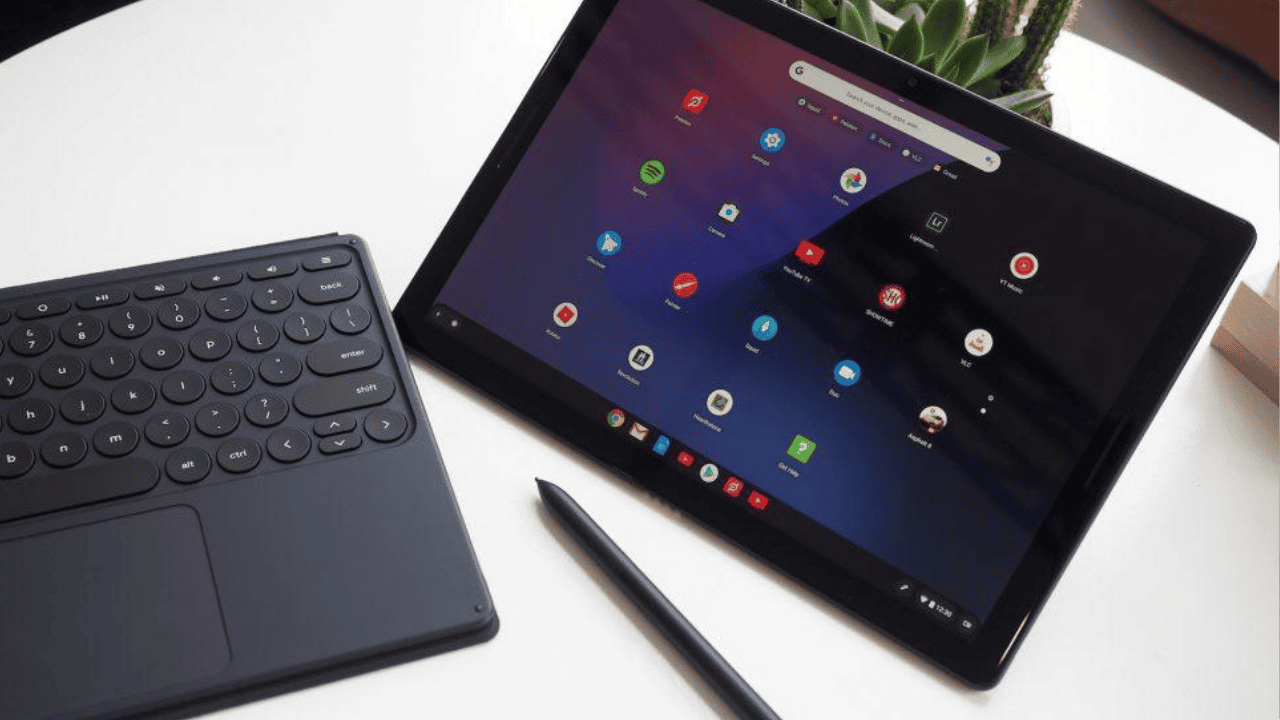 Google Pixel Tablet- The Pixel Watch and Pixel 7 are fantastic, but they’re not what I’m most thrilled about. Google also teased the release of its new Pixel Tablet tablet. In 2023, Google will release a tablet. The new Google Pixel Tablet will feature Android 13’s large-screen tablet optimization.

A Tensor chip will be installed under the hood. On the back, there is only one camera sensor. When held horizontally, the tablet also features a front camera on the top bezel. More information regarding the tablet will be released closer to its release next year. During the I/O 2022 keynote, Google unveiled a slew of new Pixel products, but one, in particular, caught my eye.

The Pixel Tablet only received around three seconds of screen time and won’t be ready until 2023 (if we’re lucky). Regardless, the prospect of Google introducing another piece of hardware to its already-expansive product range excites me greatly. 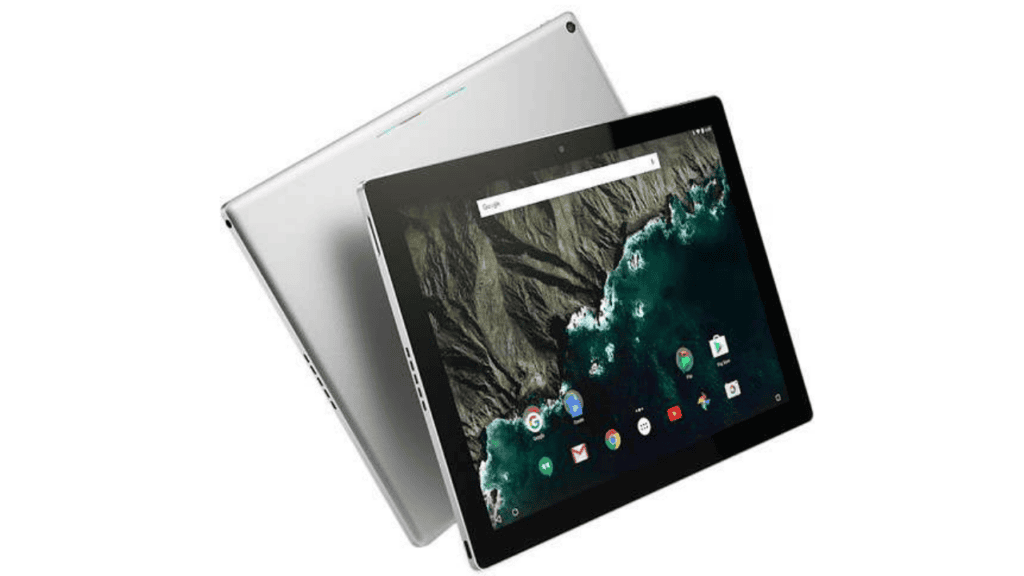 It’s more than a tablet.

Despite the “Pixel” name, one might easily argue that this impending tablet is just another Android tablet, one that customers will put in a drawer once the novelty wears off. To be honest, it’s a reasonable argument. Apart from the odd times, I wish to use it as an auxiliary monitor for my desktop PC, my ultra-powerful Galaxy Tab S8 Ultra doesn’t receive much use.

So what makes you think Google’s tablet will be any different? The environment. We’ll discuss the newest Mountain View developments in our next Android Central podcast, which will be released this weekend. And it’s clear that Google is taking Android tablets more seriously as I continue to see the many developer-focused sessions at I/O 2022 and have time to formulate my thoughts.

Developers can attend dedicated workshops and use tools to create new apps or update existing ones to accommodate larger screens. The expanding number of foldable phones is probably the first thing that comes to mind. And it’s possible that this was the impetus for Google to make these modifications.

However, only a few (and I mean a few) foldable can currently run Android 13 Beta 2. This latest beta seeks to allow developers to use the tools given by Google to better support foldable and tablets. Google is even devoting time and resources to making the necessary improvements to its own apps, such as the Play Store, YouTube Music, and others so that there are no large blank spots.

Bringing the Pixel ecosystem together

The Pixel Tablet is my favourite I/O announcement since it will complete Google’s “Better Together” strategy for 2022. Yes, Google has stated that the Pixel Tablet will not be released until “sometime” in 2023. However, given the company’s performance over the last year, the concept of a Google ecosystem is finally within reach.

Of course, we don’t have figures or numbers, but Google claimed during the Keynote presentation that the Pixel 6 series has outsold both the Pixel 4 and the Pixel 5. The Pixel 6a and Pixel Buds Pro will be released at the end of July. The Pixel 6a is designed to offer a sense of serenity to Google’s mid-range and affordable smartphone lineup. 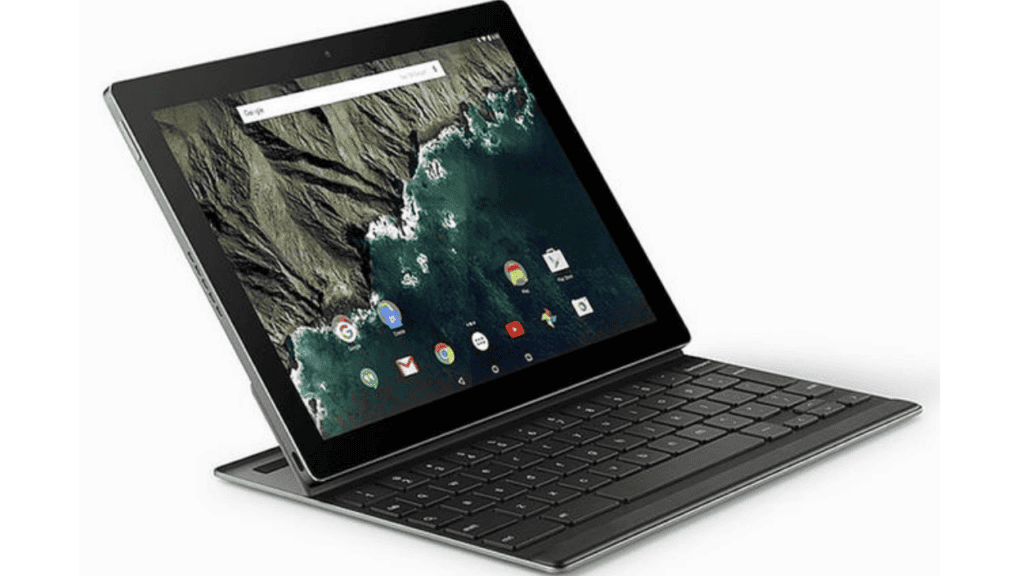 Between the Pixel 4a, 4a with 5G, and the oft-forgotten Pixel 5a, Google’s lower-end range has been a bit of a confusing mess recently. The Pixel 6a should address this, as it features the same Tensor chip as the Pixel 6 and 6 Pro, as well as a sleek new design with the back-mounted cyber-robotic camera bar.

It also has features like Magic Eraser and Real Tone, which were first introduced with the Pixel 6. So, in essence, you’re getting a flagship Pixel with a few compromises to bring the price down to $449.

The Pixel Buds Pro are new and flamboyant earbuds with bright colours and, more crucially, Active Noise Cancellation for Pixel fans. On paper, these appear to be Google’s answer to the AirPods Pro, which is fascinating enough in and of itself.

The Pixel Tablet could be the next big thing, and it could even serve as a portable Nest Hub.

Back in the days of the Nexus programme with the Nexus phones and Nexus tablets, we were close to this Better Together vision. At least with the Nexus 7, as the Nexus 9 and 10 couldn’t match the smaller device’s performance. If you go through the various press releases and blog articles, you’ll see that Google is always promoting the idea of your devices “working better together.”

Interactions between your phone, tablet, wristwatch, smart home, computer, and almost anything else are seamless. Perhaps the Pixel Tablet will be a flop, and no one will care about tablets or foldable, and this concept will be abandoned. But, before its Tablet enters the race next year, I believe 2022 will be the year Google fully delivers on its promise of a holistic environment established by Android and Google.

All of the jigsaw pieces have been exposed; now all we have to do is wait to see if Google can successfully put them together.

Going beyond a lack of execution

The bigger difficulty here is that it’s unclear exactly what Google means by “getting tablets right.” Not only has Google failed to execute, but it has also continuously failed to draw a line between its most recent tablet endeavours. Not in the operating system, not in the design, not in the purpose.

Sure, Google may claim that this time is different, but it has tripped and lurched every other year, clawing at a variety of aims. 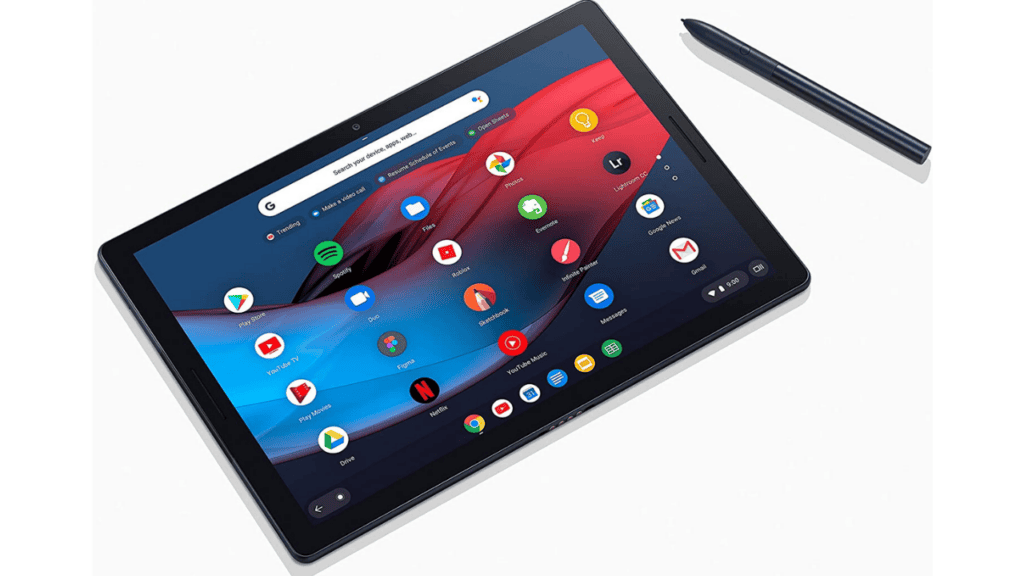 Does Google believe that tablets are inexpensive because Amazon’s Fire tablets are popular?

Because the iPad Air is so wonderful, does it desire a premium large-screen tablet? Or is the Pixel C the model for the ideal tablet? Or do we want a tablet with a full desktop operating system, like Microsoft’s Surface or Samsung’s Dex? Google doesn’t appear to understand, and building Android for tablets to look like iPadOS doesn’t make the trend of reactionary, uncreative copycatting any less clear.

The Pixel Slate and Pixel C look very different from each other, while Google’s Pixel Tablet doesn’t even look like it came from the Pixel Team, but more like something from Nest Hub spare parts bin. Is there any faith that this time next year there will be a Pixel Tablet 2 being teased, or is it more likely that we’ll be waiting till 2025 for the next Pixel Sheet with Android 16 or whatever?

I leave you with this quote from Google hardware chief Rick Osterloh: “Google’s hardware team will be solely focused on building laptops moving forward, but make no mistake: Android & Chrome OS teams are 100% committed for the long run on working with our partners on tablets for all segments of the market (consumer, enterprise, [education).”

He said that in 2019, three years ago. During the entirety of that sole focus, the Google hardware team built precisely one laptop and never followed up.

Q1: Why are Chromebooks so cheap?

Are Chromebooks cheap? Because of the low hardware requirements of Chrome OS, not only can Chromebooks be lighter and smaller than the average laptop, they’re generally less expensive, too. New Windows laptops for $200 are few and far between and, frankly, are rarely worth buying.

Q2: Does Google make a tablet?

The Pixel Tablet is part of a renewed push by Google towards Android tablets: the company also announced that some Android OS updates for tablets will start optimizing experiences for larger screens.

Q3: How do they make soft-touch plastic?

Soft-touch coatings are two-component materials requiring the mixture of a base and catalyst to create a chemical reaction that eventually cures and solidifies within a set timeframe. This is what produces the unique soft feel, yet with a tough, scratch-resistant surface.

In late October 2021, Google announced Android 12L, which the company says “makes Android 12 even better on tablets and foldable devices.” According to Google, the operating system planned to launch in early 2022 is optimized for larger screens and built for multitasking

Q5: What is the difference between a Chromebook and an Android tablet?

Chrome OS is built around the Chrome browser and Drive applications such as Docs and Sheets. Android, on the other hand, is a mobile operating system that has applications built specifically for tablets. Although Chromebooks can run some Android apps, these programs tend to lag when running on Chrome OS.

Q6: Does Google make a tablet?

Soft-touch glass is the term that refers to the matte glass back on the Pixel 3 and 4. The overall effect was a subdued look with a certain class

Q7: Is the Nexus tablet still manufactured by Google?

Google’s tablet history: The Nexus and Pixel slates are no longer available. Analysis. (Pocket-lint) – In 2019, Google’s hardware group shifted its focus away from tablets and toward laptops.

It really has to do with foldable phones. Phones are boring, so Google is bringing Android tablets back. One of the more surprising announcements at Google I/O yesterday was the company recommitting to Android tablet software, with the production of a Pixel Tablet coming in 2023.