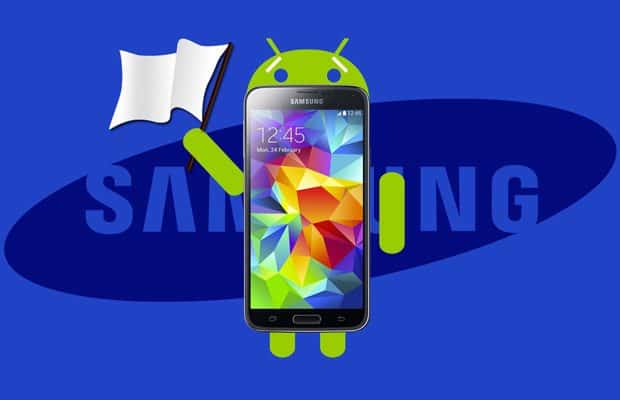 Right after the announcement of the new (and quite disappointing) Samsung Galaxy S5, the manufacturer has accidentally leaked a very interesting piece of information.

From the official announcement we have heard that the SGS5 will come equipped with a 2.5GHz quad-core processor. Turns out that there will be another model, which will, of course, come at a higher price. The official Samsung Blog has, by accident, posted an infographic (and took it down quickly after) showing two different Galaxy S5’s. One with a 2.5GHz quad-core and one with a 2.1GHz octa-core processor.

Rumor is that Samsung will equip a premium version of the new flagship with the new Exynos chip. Previous generations of premium Galaxy S smartphones were also coming with a Exynos chip, but the difference between the “normal” and the premium processor weren’t that great to justify the higher price.

Octa-Cores? Give us larger batteries!

During yesterday’s announcement I was hoping for the moment when Samsung would announce an at least 3000mAh battery for the SGS5, but I didn’t hear what I wanted to hear. The “flagship” ended up with a 2800mAh battery.

My question is, why do the OEM’s still not hear us?! We don’t need octa-cores. We also don’t really need fingerprint scanners. And we certainly don’t need a heart-rate sensor on the back of our phones. Really.

What we need is a phone that could last for two days on a single charge. Instead of buying a phone with an octa-core at a premium, I’d much rather pay for a larger battery. Give me the option to buy the Galaxy S5 with a 3200mAh battery and I would be willing to pay a $100 premium for the “luxury” of having a decent battery life.

2 thoughts on “Samsung Galaxy S5 Octa-Core Processor Leaked. Why Not A 3000mAh Battery?”

I’ve lost interest/trust/faith in Samsung. Since the release of the S4 things have become apparent that they are more concerned with releasing 75 mildly different versions of their phones than anything else. They have not been listening to consumers or bothering to change anything or improve or refresh anything since the S3. I’ve moved on.

It’s not just Samsung if you think about it. Let’s see what the HTC One-Up has to offer (announced on March 25th).
What phone do you have now?