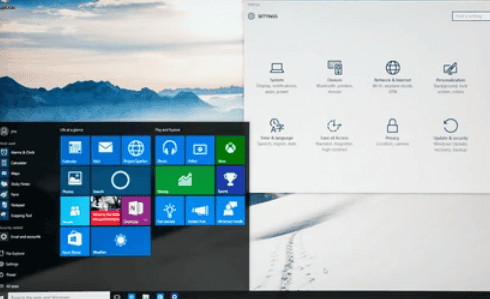 The main two contenders we’ve seen over the years when it comes to modern operating systems from the Windows lineup are Windows 7 and Windows 10. Microsoft is kind of infamous for their one good operating system, one not-so-good operating system’ shuffle, and so Windows 8 and 8.1 have unfortunately been deemed not as good as their direct predecessor and successor. If you’ve found yourself wondering whether to go with Windows 7 or Windows 10, making the choice will likely be easier for you after reading this article.

Released for the general public back in October of 2009, Windows 7 went on to become one of the most used operating systems, and for good reason. Coming hot off the tail of the poorly received Windows Vista, it swept computer enthusiasts all over the world off their feet – finally, a new operating system by Microsoft that is actually useable. Although there were still people that didn’t want to let go of their coveted Windows XP OS, a large chunk of the user base moved on to Windows 7, and pretty much everyone was satisfied with the functionalities and performance on offer.

The system featured new functionalities that now get taken for granted such as handwriting recognition, support for virtual hard disks (which is a huge one), improved boot performance, kernel improvements, as well as improved performance for multi-core processors – which proved to be a fantastic decision, as you’ll be hard-pressed to find a modern CPU that doesn’t have multiple cores. As far as the visuals of the system go, the biggest rework was done to quick launching – instead of having a Quick Launch toolbar, the system now allowed the users to pin applications directly to their taskbar. The rest of the visuals were crisp, clean, and smooth without unnecessary clutter – just like one would want from a reliable operating system they plan to use for a long time. There were certain additions that were made in Windows Vista that were omitted in Windows 7, such as Windows Movie Maker, Windows Calendar, and Windows Mail – but a large majority of the users remained unfazed by said omissions.

As great as Windows 7 was and still is, it unfortunately reached its end of life back in January of 2020. This means that, while you can still install and use the OS should you choose to do so, you won’t be receiving any additional updates, as they’re not being worked on anymore. While this won’t hinder your usage of the operating system, it certainly isn’t ideal, as updates are very important when it comes to computer security.

As was the case with Windows 7, Windows 10 came right after a system that received an extremely poor reaction from the user base. In Windows 10’s case, the predecessor is Windows 8, or rather Windows 8.1. The system kept some of the additions made in Windows 8, but made many other changes in order to steer the user experience towards something better. Much to the dismay of people who are more used to the older style of Windows operating systems, Windows 10 strives to make its user experience more consistent between different devices, which means that certain UI elements of the system resemble UI for an application made for a mobile device, rather than a computer. To go along with this, Windows 10 also supports the use of so-called universal apps, which are apps designed to run across multiple Microsoft product families without the need to restructure their code heavily – something Microsoft seems to be doubling down on with the development of Windows 11. Windows 10 also shunned the browser everyone loved to make fun of, Microsoft Explorer, in favour of its younger brother, Microsoft Edge – and to its credit, Microsoft Edge does really outperform its predecessor by quite a large margin, and is safer.

Outside of this, Microsoft also added a virtual desktop system, fingerprint and face recognition logins, a slew of new security features and improvements, as well as DirectX 12 support, which is important for gamers.

Perhaps the largest con of Windows 10, which gets mentioned pretty much every time the system itself does, is the amount of bloatware it comes with. Unfortunately, if you install Windows 10 on your computer, you simply can’t avoid also installing a ton of unnecessary software – we’re talking apps like Candy Crush, integrated straight into your operating system. Quite a frustrating experience for users – as even uninstalling this bloatware is near to impossible.

We’ll also touch on the system requirements for Windows 10 – as this may be important if you’re running older hardware.

As you can see, the requirements are basically identical to Windows 7 on paper – however, do note that the system may struggle to work perfectly if you happen to be using a computer that has the bare minimum specifications listed – Windows 7 would certainly perform better on such devices.

With Windows 11 well on its way, Windows 10 has received an official date for when it will reach its end of life – October 14, 2025. This means that, should you decide to go with Windows 10, you can rest easy knowing that you’ll receive new updates for at least 4 more years.

The choice between Windows 10 and Windows 7

Now that we’ve covered the general features and user impressions for both systems, we’ve come to the point of making a choice between the two. If you are using a device that is older and/or has components that are just on the edge (or below) the specified requirements for Windows 10, it might be a better choice to use Windows 7. On that note, if you’re someone that just wants a crisp, clean, smooth UI without any bloatware, you might want to avoid Windows 10, due to the fact that it comes with integrated unnecessary apps. If you do go with Windows 7, just keep in mind that it isn’t receiving any new updates, and hasn’t received any for at least a year at this point – which can prove to be a security flaw.

We do recommend gritting your teeth and getting over the Windows 10 bloatware, however, as it objectively has more features and is a safer operating system to use, with benchmarks also showing that it squeezes better performance for gaming. On the topic of gaming, more and more games that come outrun on DirectX 12 – something Windows 7 doesn’t support, while 10 does. Last, but certainly not least is the fact that using Windows 10 now can help you get used to the UI and overall feel of the system, which can, in turn, be useful for you if you decide to hop over to Windows 11. From what we’ve seen of Microsoft’s new system, it looks an awful lot like Windows 10 and as such any experience with using Windows 10 can help you settle into using 11 faster.

And with that, you should no longer have trouble choosing between Windows 7 and 10 – our recommendation is to use Windows 7 on older systems that can’t handle 10 and stick with 10 in order to prepare for 11 (or simply have a safer OS in general) in all other cases.