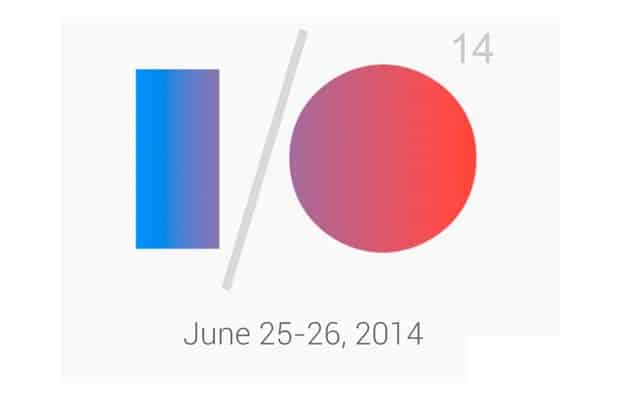 Google just finished the keynote of this years I/O which brought a few updates to Android, Chromecast and other Google products. Here are the most important things from the 2014 Google I/O keynote:

The “L Release” is Google next big step in Androids history. It includes a fresh new design, more than 5,000 new APIs and seeks to offer a great user experience across a variety of devices such as mobile, tablets, wearables or computers. In terms of design, the “L Release” is characterised by “Material Design”. The new interface adds elevation and shadows, offering improved animations and transitions between and within apps.

Quite similar to Paranoid Android’s Hover and Peek, the notification system was updated as well. Notifications will now be displayed in a heads up manner, appearing within full screen apps. You’ll also be able to see a full list of notifications on your lock screen and can dismiss or open apps from there. 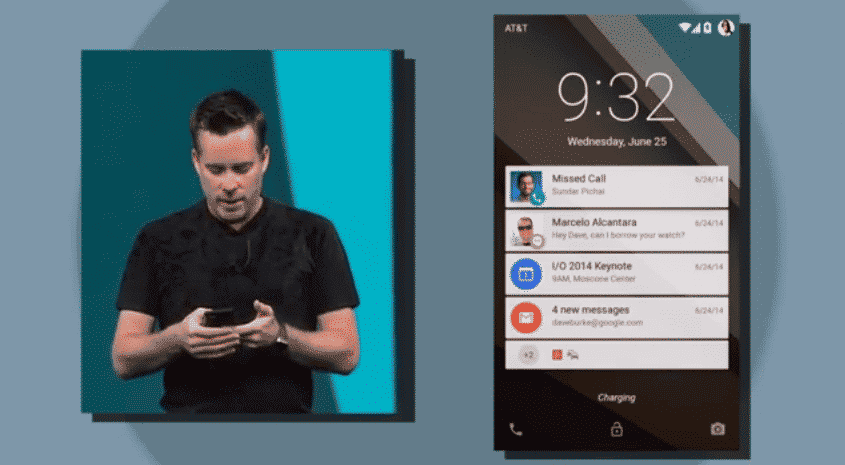 In addition to that, the “L Release” will replace Dalvik with ART which should improve battery life and performance of Android in general. Google also introduced additional malware protection and a remote wiping feature for stolen devices. The new version will be available later this year.

As expected, Android Wear played an important role in the keynote. It can be seen as a nice addition to Android users as it displays notifications and relevant, context-aware information on the small display. At the moment, it looks like a second Google Now display, but hopefully we’ll see more 3rd party apps for it soon. Google also introduced Google Fit, an API for fitness-related apps. Due to this, Fitness apps such as Runkeeper and the Nike FuelBand are able to interact and share data with each other. 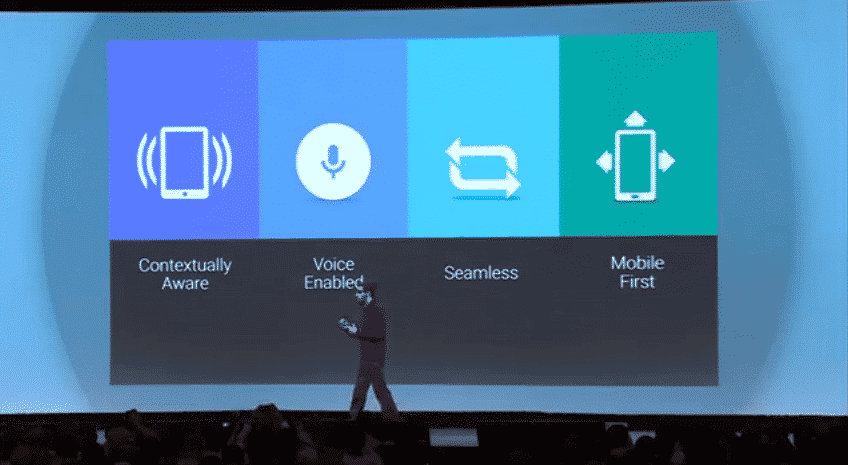 The first two square-formed Android Wear watches will be available later today on Google play. The round LG 360 will be purchasable as of the end of the summer.

After last year’s announcement of Chromecast, Google presented the next step in it’s TV take-over process with Android TV. Android TV runs natively on supported TVs and fully integrates the Google Play ecosystem including streaming of movies and playing games. It looks like you’ll somehow be able to connect a gamepad to your TV and play Android games on it. Pretty cool. However, the presentation was rather unclear about the features so we’ll have to get back to this later. 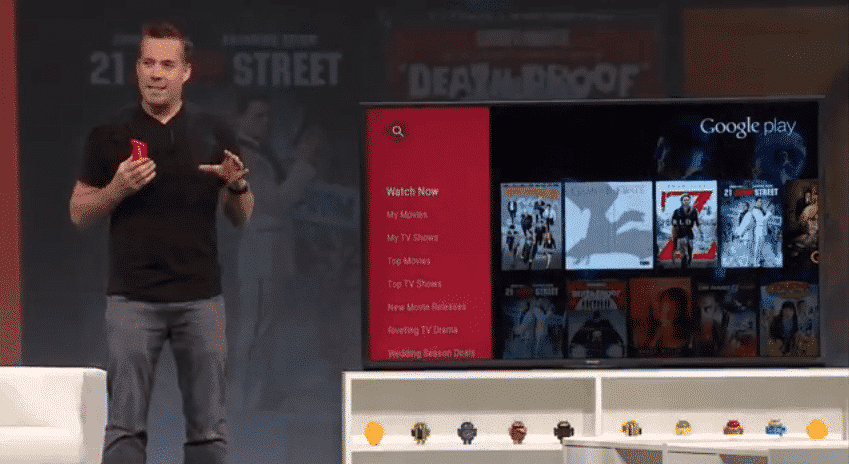 Chromecast will also be updated and will soon offer Android screen mirroring, meaning that you’re able to show the content of your mobile device on your TV. Another feature is being able to connect to the Chromecast without being on the same WiFi connection based on a proximity technology.

Honestly, I was rather disappointed from the keynote. I’m fully aware that its developer focused, but Apple’s WWDC keynote was way more innovative and interesting in my eyes. It will be exciting what the next few months will bring!